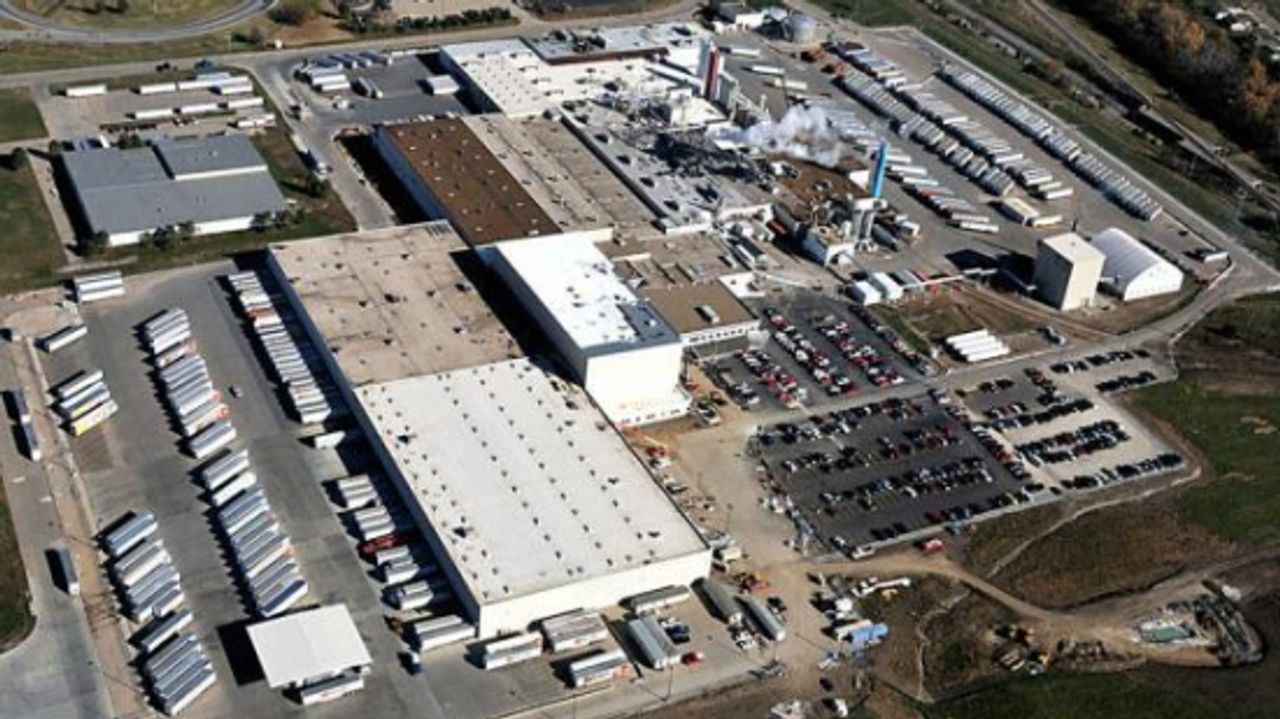 Nearly 600 workers in Topeka, Kansas Frito-Lay went on strike after voting overwhelmingly against the latest contract proposal negotiated by the International Bakeries, Confectionery, Tobacco and Millers Union (BCTGM) and PepsiCo, Frito’s parent company -Lay. The workers voted 353 to 30 on Saturday to authorize the strike.

Workers at the nearly 600,000 square foot Frito-Lay plant, which spans 188 acres of land and employs approximately 1,050 people, make chips and other snacks. The previous two-year deal expired in September 2020 and was extended until Sunday. The union waited months before calling a strike vote. Workers strike for better wages, better benefits and against forced overtime.

Topeka Frito-Lay workers have now defied several attempts by the company and the union to force a sales contract. The latest rejection of the tentative agreement by workers is the third to be rejected since April. In June, workers rejected the rotten second deal that included a one percent salary increase with bonuses.

Speaking to the local Kansas news station 13 NEWSMark Benaka, commercial director of BCTGM Local 218, said the latest interim contract contained “economic and non-economic elements,” which included caps on forced overtime per week and a 2-hour pay rise. % for each of the two years.

The determination of the Frito-Lay strikers is part of a growing wave of militant resistance to companies and their union employees. Topeka workers find themselves in the same position as 3,000 Volvo workers at the New River Valley plant in Dublin, Virginia, hundreds of nurses at Saint Vincent’s Hospital in Worcester, Massachusetts, 2,450 workers at the Vale mining and processing complex in Sudbury, Ontario, and more.

According to payscale.com and Glassdoor.com, salaries for Topeka Frito-Lay workers are approximately $ 13.25 for temporary employees, between $ 18 and $ 20 an hour for full-time employees, and $ 24. for operators. Many workers told the media that they had not received a raise in years.

Stagnant wages are accompanied by unsafe working conditions and management indifference to accidents at work. Local union president Brent Hall told WIBW-TV a temporary worker fell while driving a forklift which then “wound up on his leg” and admitted: “It’s something thing we leave [Frito-Lay] do, we let them bring in a temp company because they were skilled drivers, let them drive the forklifts and then here’s someone who doesn’t know what they’re doing.

Cheri Renfro, union trustee, said in an opinion piece by Topeka Capital-Journal that when a worker collapsed and died on the line, management would ask the workers to simply move the body and put another colleague to hold the line.

Such conditions are the result of union capitulations. In a comment to a local news station, Benaka reveals the union’s role in lowering wages: â€œIt got to this point because members have now gone through three contracts with below-standard wage increases. The company really stood firm on the pay increases. All employees deserve better and they stand up for it.

But who negotiated these contracts? Local 218 of the BCTGM.

The union leaders are well aware of the anger of the workers in Topeka. Chief shop steward Dan Negrete nervously told KSNT News: â€œFrito-Lay has never seen a strike. From what I understand, since Frito-Lay has been in Topeka, there has never been a strike here. He added, “The limbs, the factory body, the factory environment have never been so toxic.” The local union was organized in 1973.

John Nave, executive vice president of the AFL-CIO of Kansas, which BCTGM Local 218 is affiliated with, said of the strike: â€œIt’s kind of like the last line of defense. And it’s a tough decision because it affects a lot, a lot of people. Union members don’t want to do that … But when the company fails to bargain fairly at the bargaining table â€” and history has shown it [Frito-Lay has] repeatedly failed to do so, then there is no other alternative.

The workers are determined to fight. A 26-year-old factory employee told the Capital-Journal Monday morning that “I have been waiting for this for a quarter of a century,” she said. “They have to change their ways.”

In a statement, Frito-Lay officials blasted the union leadership for failing to force its members to follow the line and said: Secular employees. Because the union had fully recommended our tentative agreement, we do not anticipate further negotiations with the union in the foreseeable future. “

The leadership of the BCTGM consists of bureaucrats whose lives and incomes resemble those of corporate CEOs, not Frito-Lay workers. The top five BCTGM executives all earn more than $ 200,000 per year, with former BCTGM president David Durkee earning a total annual compensation valued at $ 299,224.

Underneath are about 20 union officials, with job descriptions ranging from representative to media manager, etc., whose take-home pay does not drop below $ 100,000 a year. The BCTGM is a branch of the management of the company that has done and will continue to do everything to undermine workers’ activism and stifle their efforts.

In 2012, the BCTGM worked closely with Hostess Brands, the bakery company, to push through concessions worth $ 110 million per year, including changes to the health and welfare plan that have left pensions severely underfunded. The company closed 21 factories and reduced its workforce from 35,000 to 18,000. BCTGM is reportedly working with Hostess to ease the company’s bankruptcy, destroying the lives of thousands of workers.

Frito-Lay workers must take this fight into their own hands and follow the lead of Volvo Truck workers in Virginia by forming a grassroots committee to wage a direct fight against management and the union. Workers should appeal to brothers and sisters in nearby factories and factories for their support. For more information on forming a grassroots committee at your workplace, visit wsws.org/workers and register today.

The Fintech Pleo start-up valued at $ 1.7 billion in a new funding round

Pleo raises $ 150 million at a valuation of $ 1.7 billion for its new approach to managing SME spend – TechCrunch