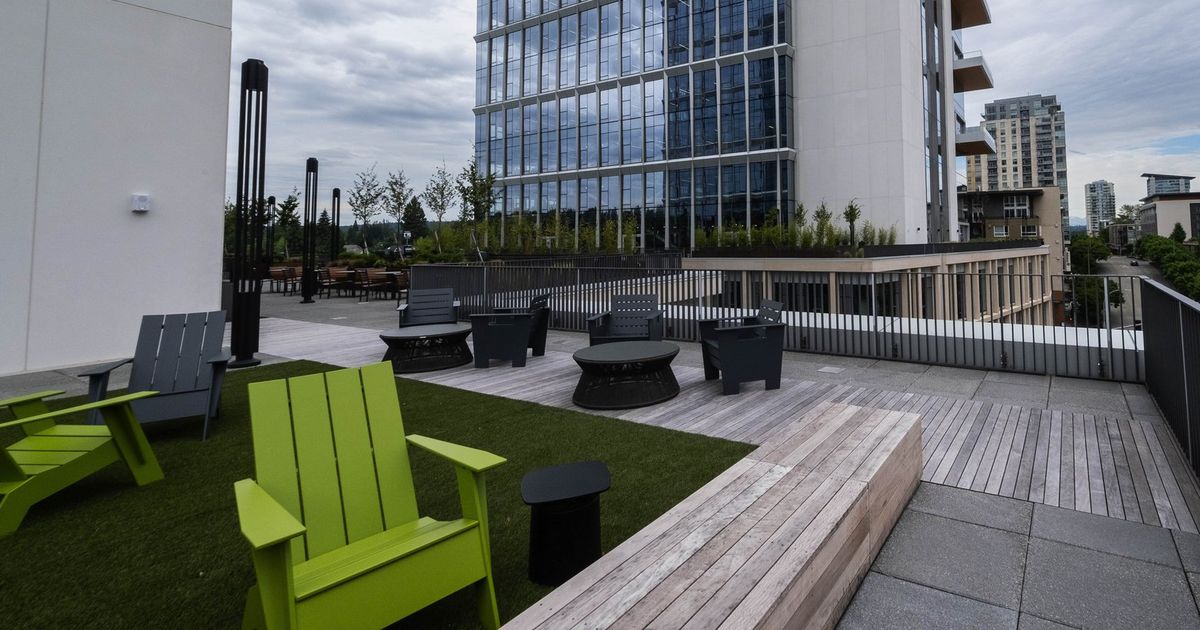 About seven years after announcing its return to the city where Jeff Bezos opened Amazon’s first office from his garage, the company has nearly 10,000 employees based in Bellevue.

Compared to its Seattle campus of 55,000 people, Amazon’s Bellevue workforce is small but growing rapidly. It will likely hit the milestone of 10,000 workers this summer and plans to increase that number to 25,000.

With 5 million square feet of office space and significant investments in affordable housing and transportation in Bellevue, Amazon is delivering on its promise to change the view of its first headquarters from Seattle to the Puget Sound area.

“Our footprint in Washington is much larger than our corporate jobs in Seattle,” said Guy Palumbo, Amazon’s director of public policy for HQ1. The Eastside “is going to be where the majority of our growth is going to be in the future,” he added.

Seattle is still Amazon’s largest campus. The company plans to create 25,000 jobs at its second headquarters in Crystal City, Va., as well as its location in Bellevue. Amazon’s other 18 North American tech hubs together have 65,000 employees.

Amazon is expanding outside the city limits of Seattle to tap into tech talent already on the Eastside, meet workers where they want to live, and thrive in a “business-friendly” regulatory environment, Palumbo said. . He did not mention Seattle’s new JumpStart tax, which taxes the region’s largest employers, as the reason for its Lake Washington expansion.

The lure of “urban suburbs”

“What we had was a historic period of job growth in Seattle led by one company in many ways, but it was also catalytic,” Scholes said. “The ecosystem they helped build is still very healthy and strong.”

It’s not uncommon to see this “baby splitting,” said Tracy Hadden Loh, a fellow at Brookings Metro, a research arm of the nonprofit Brookings Institution, which has studied Amazon’s growth. There are perks each location can offer, and companies like Amazon will likely want to retain Seattle’s perks while opening the door to Bellevue.

“For really huge employers, a constellation of satellite offices can make sense,” she said. “I think this will be a pointer to things to come for distributed offices in other parts of the United States that have – it sounds like a paradox but – urban suburbs.”

Palumbo said the expansion is an opportunity to reach more tech talent, listing other tech giants like Microsoft, Meta and Google that are already growing in the Puget region’s “innovation triangle.” Sound of Kirkland, Bellevue and Redmond.

On top of that, he said, Amazon hopes to appeal to workers — especially those who have been with the company for several years — who want a home with room for a white picket fence and two dogs.

Palumbo didn’t cite taxes or Seattle’s progressive politics as reasons for slowing expansion there, but he said Amazon was looking for a “business-friendly environment.”

In 2020, the Seattle City Council passed a new large business tax to raise money for pandemic economic relief, affordable housing projects, and other community development initiatives. The tax, called the JumpStart Seattle Tax, applies to businesses with at least $7 million in annual payroll.

In its first year, the JumpStart Seattle levy raised $231 million. It is not known how much Amazon paid..

Amazon and other companies launched a successful campaign in 2018 to reverse a similar effort that would have imposed $275 per employee on large corporations. The JumpStart tax has faced similar opposition from businesses and advocacy groups who say the new regulations will deter businesses from expanding into the city.

Amazon’s decision to expand into Bellevue does not confirm that Seattle’s JumpStart tax is pushing back business, said Rachel Smith, president and CEO of the Seattle Metropolitan Chamber of Commerce. But it’s a factor in any company’s decision, she said, like safety and affordability.

The Seattle Chamber of Commerce sued to strike down the law, arguing it was illegal. A King County judge upheld the tax last year and a chamber appeal is still pending.

“A great place to call home“

Amazon arrived in South Lake Union in 2010, investing more than $4.5 billion in Seattle alone and building a campus that now includes 10 million square feet of space and room for more than 50 retailers.

Amazon moved employees from its Seattle office on Third Avenue and Pine Street to the former Macy’s building in March amid rising crime rates in the area. The company said at the time that the office’s 1,800 employees would be moving to other South Lake Union locations and that working remotely was still an option. An Amazon spokesperson said recently that employees in that building were given alternate options in Seattle and Bellevue.

“We’ve found the Eastside to be a great place to call home,” Schoettler, Amazon’s vice president of global real estate and facilities, wrote in a blog post last week. “But as with any change, we recognize that our growth – and the growth around us as other companies also invest in the region – can create challenges.”

Schoettler pointed to two critical challenges — housing affordability and transportation — while acknowledging “macro trends” like inflation and the pandemic that have made the past few years “particularly difficult.”

Amazon is committed to creating and preserving affordable housing, promoting sustainable mobility options, and engaging with local communities “on issues that matter to you,” Schoettler wrote.

Through its Housing Equity Fund, Amazon says it has created and preserved 1,157 affordable homes in Bellevue and increased the number of affordable multi-family units in Bellevue by 20%. Each “Amazon-funded” home will maintain affordable rents for 99 years, and rent will only increase with wage growth, according to the blog.

Amazon also helped found a coalition to advocate for progressive housing policies in the Eastside and supported a rezoning effort to allow taller buildings and more density in the neighborhood.

“Increasingly, local governments are willing to open up their plans and say, ‘Hey, we’ve got this other project…we want to put it on your radar,'” said Catherine Buell, director of the Housing Equity Fund at Amazon.

To minimize traffic congestion caused by employees commuting to Bellevue, Amazon said it planned its offices around the new light rail station, which is slated to open in 2023, and committed $7.5 million to help complete a trail that will go from Snohomish County to Renton. . Amazon is giving employees free ORCA cards and up to $170 a month to spend on bike-related expenses.

A “dizzying” pace of change

So far, businesses seem to be welcoming Amazon’s growth, according to Patrick Bannon, president of the Bellevue Downtown Association. The business community is worried about Amazon’s presence raising the cost of living and housing, he said, but the company is also accelerating a growth schedule Bellevue had already hoped to achieve.

In Seattle, Amazon sparked a transformation, said Jeffrey Shulman, a University of Washington marketing professor who has studied Seattle’s growth.

Physically, the houses are being renovated and “new large luxury buildings” are replacing the restaurants and businesses in the area. Economically, there is more money flowing to businesses and homeowners. Culturally, business owners are changing who they reach out to.

“Instead of this dive bar with $2 beers, you see a fancy cafe or a boutique cocktail bar,” Shulman said.

Bellevue has already felt the impact of this transformation, like a drop of water causing a ripple in a lake, he said. Now, the epicenter of this ripple will shift from Seattle to Bellevue, and the transformation will accelerate and expand its reach even further. Shulman expected North Bend and Issaquah to start feeling the ripples soon.

“It’s dizzying,” he continued. “The pace of change in Seattle was dizzying and I would expect the same in Bellevue.”

Amazon’s Palumbo is counting on it.

“You can see what’s happened in South Lake Union since we grew up there,” he said, referring to businesses that have grown with Amazon. “I think you’re going to find that in Bellevue as well over time.”