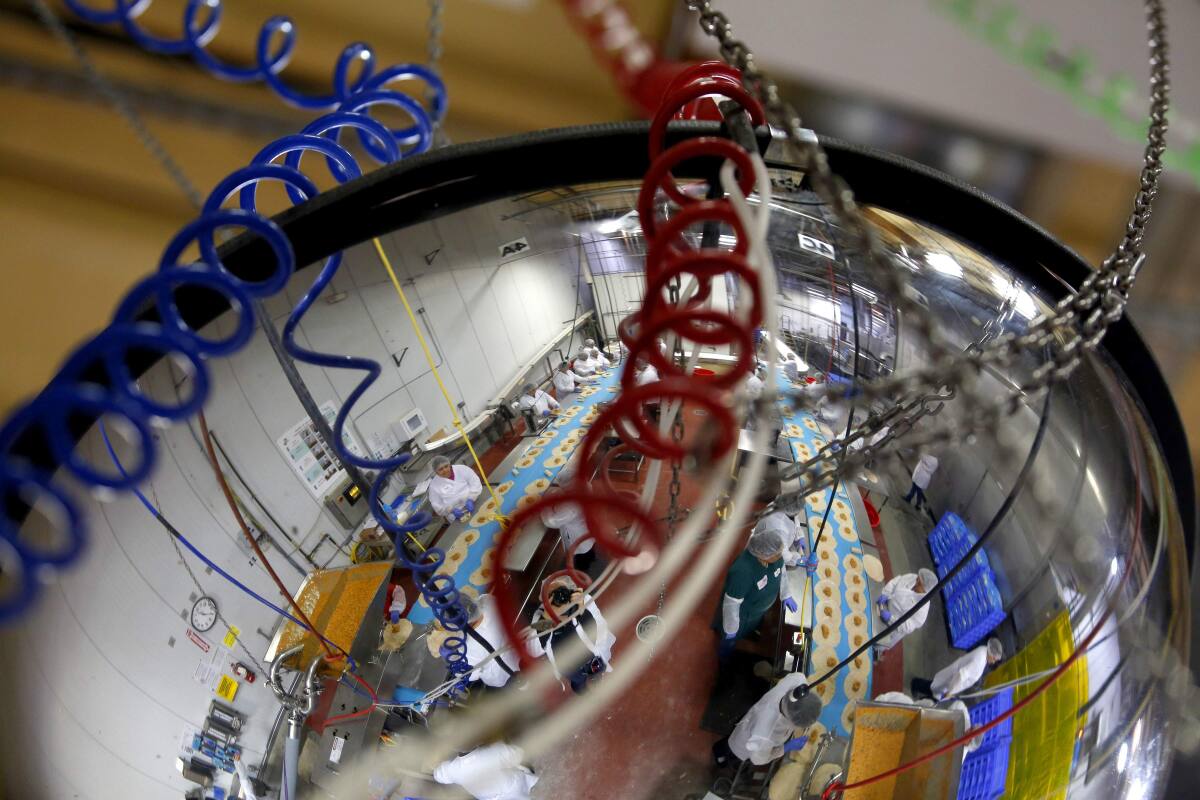 An Amy’s Kitchen worker has filed a formal complaint with the California Division of Occupational Safety and Health seeking intervention from regulators at the organic food giant’s Santa Rosa production facility.

The complaint is filed by employee Cecilia Luna Ojeda on behalf of all of her co-workers at the Northpoint Parkway plant.

The complaint cites nine prior Cal/OSHA violations at the Northpoint Parkway plant. Regulators imposed more than $100,000 in fines from 2016 to 2019 after investigations into the facility.

The company’s Santa Rosa plant employs approximately 550 workers who cook, package, freeze and ship Amy’s Kitchen products, which are prized by health-conscious consumers across the country.

Ojeda’s complaint argues that Cal/OSHA’s prior actions did not result in change at the plant and that further intervention is necessary.

“Without immediate action, workers will continue to be injured and/or possibly killed,” the complaint states.

It was written for Ojeda by Tony Delario, an official with Teamsters Local #665.

Delario’s involvement confirms that the company, which has grown from folk roots in Sonoma County to a large corporation that employs more than 2,800 people, faces a labor campaign, at least in Northern California.

“Amy’s Kitchen is non-unionized, however, there is an active organizing campaign with Teamsters Local 665, in response to the egregious working conditions, high injury rates and continued exploitation,” wrote Delario.

But worker safety is more urgent than a union campaign, he wrote. “The hazards facing workers require immediate attention from Cal/OSHA and continue to result in possible injuries and deaths every day.”

The complaint alleges hazards such as the ergonomics of working on a burrito production line with rapid, repetitive movements that resulted in back pain and chronic injuries. He also cites faulty machinery, blocked emergency exits, exposure to chemicals and stress from quota pressures and shame on workers asking for bathroom breaks.

Workers would have to roll 10 to 12 burritos per minute or assemble up to 72 plated meals per minute, according to the complaint.

The complaint is accompanied by testimonies about the injuries and dangers of Ojeda and six unnamed colleagues.

Sent to The Press Democrat by the union, it was filed on January 20, four days after NBC published accounts of injuries and workplace difficulties of Ojeda and four other current or former employees of Amy.

Amy’s executives have so far declined to address specific allegations from former employees, saying their experiences are not representative of the company’s treatment of workers. Amy’s officials did not immediately respond to a Democratic press request for comment on the Cal/OSHA complaint on Friday.

In a statement to The Press Democrat on Monday afternoon, Chief Executive Andy Berliner said one of the core values ​​of the company he and his wife started 35 years ago was to create a workplace where people were taking care of each other, taking care of “the whole person”.

The NBC report “does not reflect who we are as a company and the values ​​we stand for,” Berliner’s statement said. “When Rachel and I started Amy’s, we worked alongside our employees down the line and made a commitment to them that Amy’s will always be a compassionate, people-centered place to work. We want all of Amy’s employees to feel supported, and we are deeply saddened to learn of the experiences these five employees have described.

This is a developing story. Check back for updates.

Icahn obtains the appointment of 2 directors in the automobile machinery company Dana. What awaits us