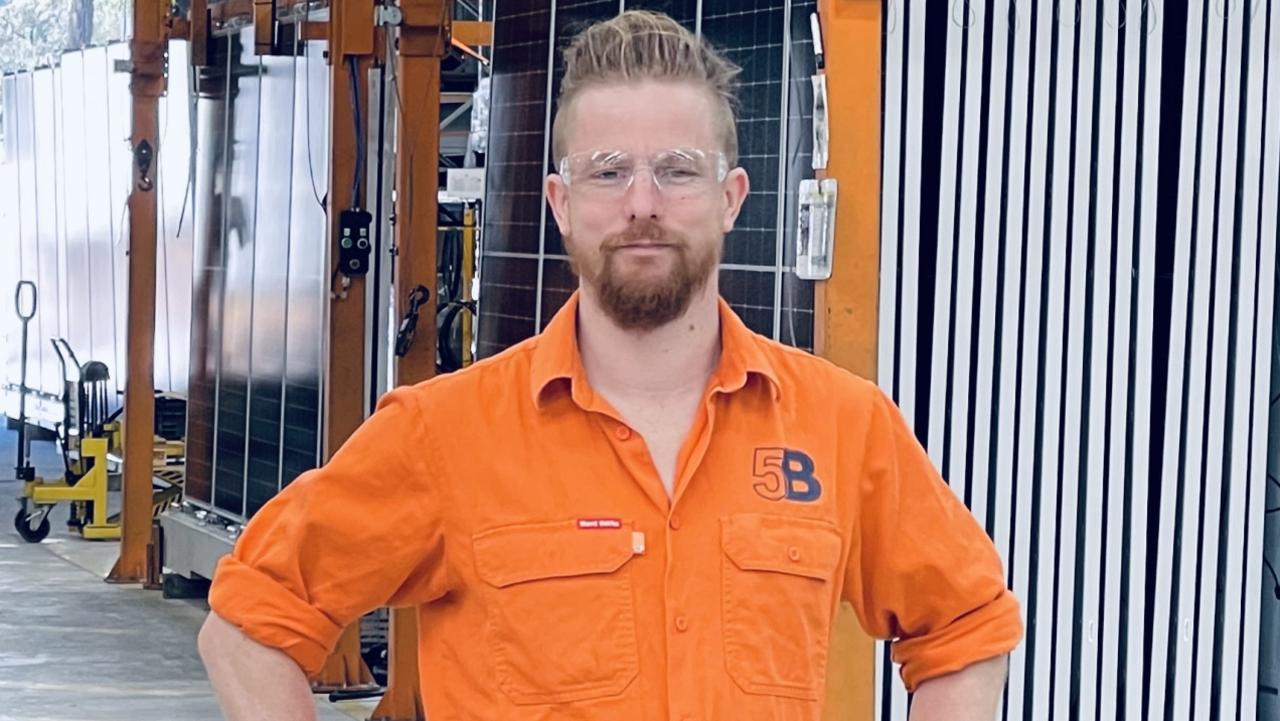 The company revealed it needed to make “tough” changes to its workforce after various disruptions, but also announced it had raised $30 million in funding.

An Australian company specializing in solar energy projects has laid off 25% of its workforce.

The start-up, called 5B Solar, which has the backing of former Prime Minister Malcolm Turnbull and wealthy climate activist Simon Holmes a Court, revealed it laid off dozens of staff two weeks ago .

Yet he also announced on Friday that he had just completed a capital raise he launched in August last year that would inject $30 million into the business. It also plans to raise an additional $20 million.

5B Solar co-founder and CEO Chris McGrath blamed ‘challenges’ hitting the company on ‘several different fronts’ for the staff cuts, including supply chain and logistics disruptions caused by the pandemic, as well as the skyrocketing cost of materials.

The company, which has developed pre-assembled solar panels for rapid deployment, has also been hit by long project delays and skyrocketing costs.

This has included a shortage of materials and soaring prices partly caused by the invasion of Ukraine, “chaos” in the shipping industry and problems with manufacturing equipment causing costs to explode, forcing the company to withdraw from field projects.

Mr McGrath added that trade restrictions between the United States and China also made it difficult to import key products, while doing anything “physically in the world was much more expensive”,

These “short-term headwinds” necessitated a restructuring of the business, Mr McGrath added, which meant that nearly 50 employees were laid off from the operational side of the company, which had seen 59 projects completed in the world.

Instead, the company would focus on its technology and products rather than short-term projects, he added, as the company continues its mission to fight climate change.

“The way I see it is that the fundamental demand for what we are developing remains very strong, as does the validation of what needs to be done in this huge, growing solar market as it continues to grow. evolve,” he told news.com.au.

“However, the current demand for the actual use of this technology to build projects sees both these headwinds compress demand and the need to build the operational side of the business to translate the product in the field into projects has been scaled down.

“Those affected by the layoffs included project managers, supply chain and business operations coordinators who were part of internal systems and processes to support the wider business.”

5B Solar had also predicted that it would be further along in its growth and therefore had hired more people for a company that it believed would now be much larger.

Mr McGrath added he was “confident” that no further reductions would be made to his workforce, although he acknowledged the business was not yet profitable.

Mr McGrath, who helped found the company in 2013, said the layoffs were a ‘difficult decision’ but were essential to ensure the company’s future and not ‘just blown away by the winds of the economic context”.

The $30 million funding injection would be used to help its expansion into the local and international market which already includes the United States, Latin America, Europe and India, assist in the development of its supply chain. supply and delivery and support its technology and product roadmap, according to the company. .

“As a young company, we have never benefited from more than 12 months of track, so we have always had to be very responsible for our financing needs, instead of now we have enough time to achieve our transformation results. “, he added.

“Because of this, we really believe that even though the changes were hard to make, we made a hard decision earlier and a reset to make sure we have a really sustainable and sustainable strategy for the next two years and beyond. of the.”

Last month, buy now, pay later provider BizPay, which has offices in Sydney, was another company to make a hefty round of cuts.

It laid off 30% of its workforce blaming market conditions, but the company was trying to raise $25 million in funding and had partially completed it.

But Mr McGrath added that the company had not been beaten by falling investor confidence in tech companies and their valuations, with many, including Australian giant Atlassian, seeing massive declines in the stock market, because the 5B Solar also had a heavy hardware infrastructure.

Send, an Australian company that promised to deliver groceries in less than 15 minutes, collapsed last month, jeopardizing the jobs of 300 employees in Sydney and Melbourne.

“There were a number of circumstances around the world that had made it fundamentally more difficult to raise the capital needed to scale the business, ranging from the war in Ukraine, to hardening global economies and intense scrutiny among investors. regarding the levels of capital intensity associated with the business model,” he told news.com.au.

Australian investment firm REMI Capital also went bankrupt last week with a whopping $70 million in debt and 450 investors affected, with administrators carrying out urgent financial inquiries to find out where their money went.

“The economy is coming back”: job creation, focus on green energy from the SIEDC business conference