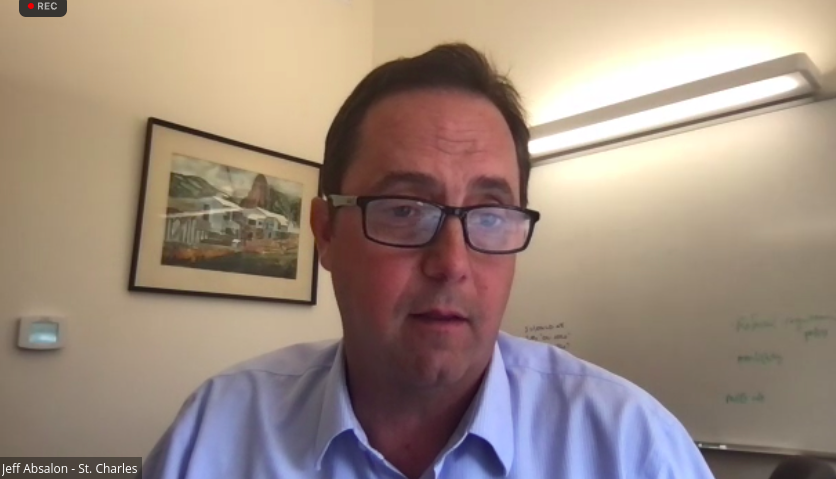 The St. Charles Health System is laying off 105 caregivers this week as the central Oregon provider grapples with mounting costs and losses in the age of the pandemic.

St. Charles officials announced Wednesday that the layoffs will take place over the next three days. The company is also cutting 76 other vacant positions, bringing the total number of positions cut to 181.

Hospital officials said the system had lost $21.8 million through April, equivalent to an operating loss of 6.7%. Losses are due to a combination of increased labor costs, such as traveling healthcare workers, and the cancellation of elective surgeries during the pandemic to preserve bed capacity, which hurt revenue . St. Charles made the decision to lay off people after trying to get its finances under control by cutting other areas like travel and supplies and looking for other sources of income.

“We worked very hard to avoid taking this step,” said Joe Sluka, CEO and President of St. Charles Health System. “But.. the changes we have made so far are simply not enough to get out of this financial hole caused by the COVID 19 pandemic.”

He added: “Taking this step was an absolute last resort and unfortunately we are now at this stage.”

St. Charles Health System has about 4,500 employees at its Bend hospital, hospitals in Redmond, Prineville and Madras, and clinics in central Oregon. Hospital officials said the layoffs would be system-wide, but declined to provide breakdowns between facilities because employees have not yet been notified.

The St. Charles management team broke the news to employees in a memo on Wednesday.

“St. Charles’s leaders hoped to turn the organization around through expense reductions and revenue increases that would not affect our staff or the services we provide,” the memo reads. now to the point where we need to take additional steps to ensure the long-term financial stability of the healthcare system. It is with great sadness that we announce staff reductions.”

The layoffs are mostly in non-clinical jobs and include areas such as information technology, financial services and human resources.

However, the layoffs will not result in any service closures in the system, said Dr. Jeff Absalon, the health system’s chief medical officer.

The layoffs also come amid a nationwide shortage of healthcare workers. For this reason, St. Charles Health System is recruiting nurses and health care workers for its hospitals even as it lays off staff elsewhere in the system.

Matt Swafford, chief financial officer of St. Charles Health System, said this year’s losses of $21.8 million through April would have risen to $29.3 million had the system not received funding from provider relief through the federal CARES Act.

Since the fall of 2020, St. Charles Health System has drawn on its long-term reserves, drawing down $65 million, Swafford said. This represents approximately 10% of the hospital’s portfolio.

St. Charles’s financial challenges also include reimbursing $95 million in federal funds received during the pandemic to support its operations.

“After two years of decreasing surgery volume and increasing spending to respond to COVID surges, which have just decreased…it has come at a high cost,” Swafford said.

Officials said the system has taken steps to gradually pull itself out of the hole. For example, it refinanced $75 million in bonds that were due to mature in 2023 and 2026. Those bonds won’t mature until 2032, a move that buys the hospital time to reshape its finances. .

Hospital officials estimate the layoffs will save the system about $20 million in expenses a year. Even with this reduction, St. Charles officials expect 2022 to end in an operating loss. The hospital aims to turn a profit by the end of 2023 or the beginning of 2024.

You can reach Ben Botkin at [email protected] or through Twitter @BenBotkin1.