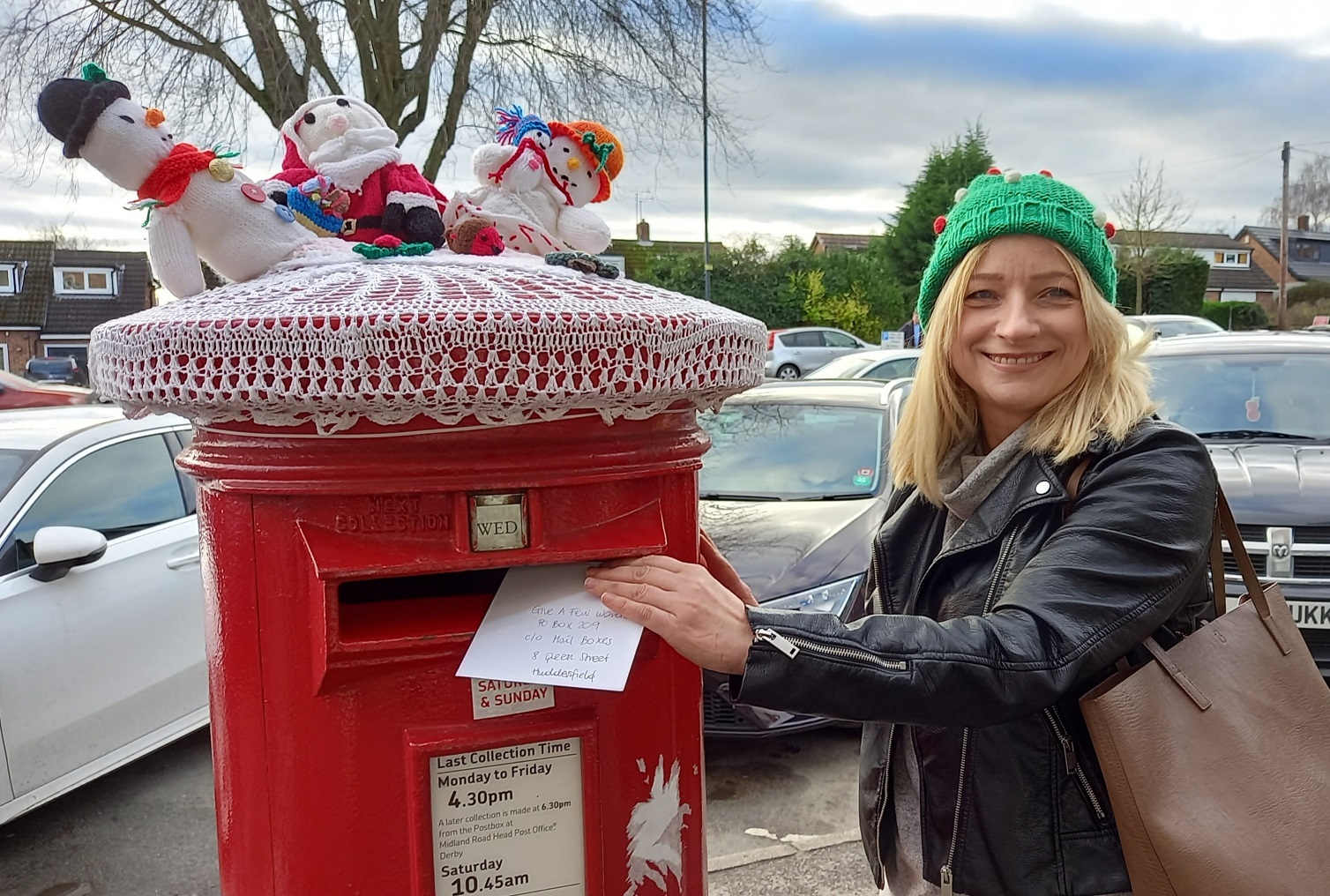 Employees of a Derbyshire company have given a huge boost to a campaign designed to lift people’s spirits by sending them personalized letters.

The Give…a Few Words campaign was set up during the Covid pandemic in 2020 to try to reach isolated people by connecting them with volunteer writers who would send them a personalized letter. The recipients of the letters were initially from care homes, but the campaign has now expanded to include those isolated in other settings, as well as families going through a difficult time who may appreciate the boost that a letter can bring.

Lubrizol, a company with branches around the world, including in Hazelwood near Belper, has given huge support to the campaign with more than 40 staff signing up to write letters to people they have never met, including writers from Mexico and the United States.

The campaign recently launched a festive #Letters for Christmas campaign to reach people who may be lonely or struggling during the holiday season – and a team of Lubrizol employees took part.

One of them is Jagienka Harrison from Allestree, who knows a thing or two about the importance of letter writing. When she arrived in the UK from her native Poland aged 19, Jagienka relied on letters to keep in touch with her family.

Jagienka said: “When I first moved to England in 1999 the internet wasn’t a thing and I used to write letters to people. I used to try to call my mother once in a while, but it cost a lot more back then. The letters were great and I got a lot of them.

When writers participate in the Give A Few Words program, they receive a few details about the interests of the person receiving the letter, which can range from crafts, sports, history, or even a love of jokes! The author then composes a personal letter which is sent to the charity’s mailbox in Huddersfield where it is then forwarded to the recipient – and only positive content is allowed! They are also able to write an email – the idea is simply to communicate personal positive messages through the power of the written word.

Jagienka, Human Resources Administrator at Lubrizol, said, “I think it’s a great program. it upsets you a bit! What I always think about, especially at Christmas last year, is that even though my grandmother is no longer alive, if she had been, she would have felt very lonely at the time of Covid, I’m sure, and she would have loved to get a letter from someone.

“I just think it costs nothing but a piece of paper and a stamp, but you could make someone’s day.”

The idea of ​​the Give…A Few Words campaign is that it is not intended to be a long-term pen pal program, which can make participants feel the pressure of a long-term commitment, but rather a letter unique.

Founder Sharron Wilkinson, from Huddersfield, has now set up the campaign as a community benefit venture.

She said: “Some people receiving these letters were in tears. They are overwhelmed. There’s something really, really special about receiving a gift of something and there’s nothing expected in return.

“Nursing homes have been through such a difficult time. The residents struggled. A letter gives everyone a boost.

Sharron said Lubrizol’s support for their campaign has been “incredible”, with letter writers from its overseas branches also getting involved outside of the holiday season.

She said: “Lubrizol really, really embraced that. They were involved very early on. We greatly appreciate their support and kindness.

“Some people are alone, that’s the reality. Or they might have a hard time. It’s just a really good thing to do to give some people a little boost and a bit of a smile.

To learn more about the Give… a few words campaign, visit https://thegive.co.ukphone 07498 818838 or email [email protected]