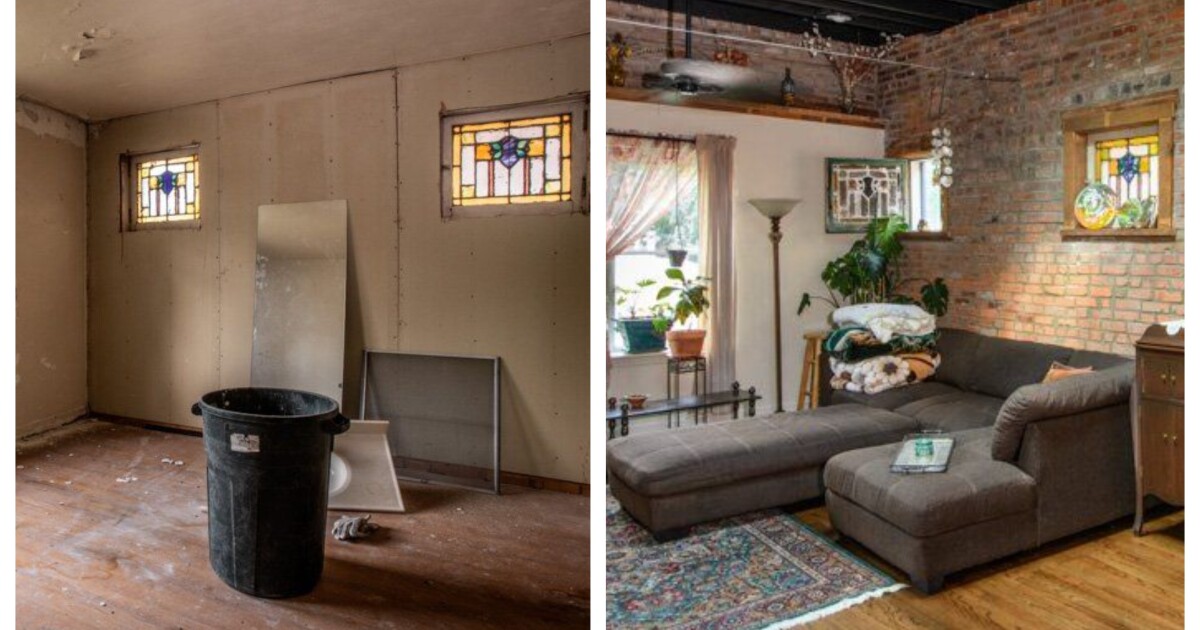 Tonnie Glispie-Smith points to a particular duplex on her block as a turning point for her West End neighborhood north of St. Louis. It was just one vacant property among many, causing security and other problems for Glispie-Smith and his neighbors. But this one really stood out.

Police have been called over and over again, with squatters and drug overdoses a perennial problem. At one point, Glispie-Smith recalls, a woman ran out of the duplex saying she had just been raped. Another time a gun was found in the yard.

Even after trying to sue the owner, Glispie-Smith saw no progress. Then she connected with Peter Hoffman, the general counsel for the Vacant neighborhood initiative, an effort of Eastern Missouri Legal Services.

Hoffman was eager to help. After Glispie-Smith gave him a tour of his neighborhood and heard more about the duplex situation, he asked if she could put him in touch with the owner. He offered to help the owner explore the options.

â€œFrom that point on Peter was able to sell the property for this gentleman, and now it is renovated into a wonderful duplex and is no longer causing any problems,â€ said Glispie-Smith. Saint Louis on the air.

For Glispie-Smith and her neighbors, it was a much needed boost of hope.

â€œWhat came out was people got to see, ‘Oh, we can really do something about this,’ Glispie-Smith said.

Since then, the Neighborhood Vacancy Initiative has partnered not only with the West End of Glispie-Smith, but also with three others in northern St. Louis. The initiative, launched in early 2018, uses lawyers working for free to help neighborhood advocates fight divestment and displacement, provide life-saving home repair assistance, and empower predatory and absent homeowners.

â€œEveryone sees the physical plague – the broken windows, the garbage, the overgrown weeds, the spill, the missing gutters,â€ Hoffman explained. â€œBut often what underlies it is this legal scourge. Sometimes it’s a title issue, a mistake in a legal description, an issue with the ownership of an heir, where maybe an owner has died and they didn’t have a probated will. So all of these properties end up being stuck in legal limbo. And you almost need a lawyer to get involved [to] help put this property in the right direction.

Last month, Hoffman and his team announced they would expand the Neighborhood Vacancy Initiative with a federal grant of $ 371,000 from the Pro Bono Innovation Fund.

â€œThis program – to really have volunteer lawyers supporting the neighborhoods – is relatively new. â€¦ It all started when I was the only lawyer, a pro bono lawyer, â€Hoffman explained. “But with the support of the city and the Legal Services Corporation, which is a major federal funder, we are now one of the most important pro bono projects in the country.”

The initiative is based on pro bono partnerships with various law firms in Saint-Louis, each providing services to a particular neighborhood. Bryan Cave Leighton Paisner works with the West End, Husch Blackwell with Academy-Sherman Park, Thompson Coburn in Old North and Stinson in Hyde Park.

The new grant will involve law firm Lewis Rice in the effort, partnering their team with Park Place Housing and Economic Development Corporation (which serves the neighborhoods of Fountain Park and Lewis Place). Hoffman hopes to recruit at least one additional law firm over the next two years.

For engaged citizens like Glispie-Smith, legal aid can be crucial.

“If the neighborhood contacted this owner and said, ‘Hey, what’s going on here? You have to do something with this property, “99% of the time I think the owner will respond to that,” Glispie-Smith said. “But for those who are really stuck, and we can’t make this owner responsive, then we have to go to court sometimes.”

She said she was working with Bryan Cave partner Tim O’Connell on issues in the West End.

â€œI can reach out to him just to handle various things with him,â€ Glispie-Smith explained. “[For example], we had a building that caught fire. And often in our neighborhoods, when buildings catch fire, they stay that way, and they stay on fire. So we contacted them to say “What can we do about this?” Just in case the person doesn’t completely demolish the building or the house completely.

“So it’s just good to have this relationship that we can call or email that person, and they’ll respond to us to give us information and just listen.” And they’ve attended neighborhood meetings to understand what’s going on in the neighborhood and where they can fit in as well.

Glispie-Smith added that in her opinion, more than property values â€‹â€‹are at stake. Her goal is “to improve our way of life and our safety,” she said, citing two different incidents in recent years. years when girls walking in the north of Saint-Louis were dragged into abandoned houses.

â€œI have my daughter – 17 now – but I think about all of these things. She should be able to walk outside safely, without these things happening, â€said Glispie-Smith.

Hoffman noted that the Neighborhood Vacancy Initiative focuses on preventing new vacancies as well as addressing properties that are already problematic.

“Maybe an older owner [has] have been in the neighborhood for a long time and they want to take advantage of the fact that maybe the neighborhood is starting to turn around and see investment, â€the lawyer said. “But maybe they have a title issue, can’t get a bank loan, or they can’t get minors [or] major home repairs in the city.

â€œSo we do a lot of curative work. â€¦ And then we too, with this pro bono support, we can do clinics in the community and help residents with things like estate planning so that their property can be passed on to the next generation and we don’t have it. no other abandoned house contributing to the problems Tonnie just described.

“Saint Louis on the airâ€Brings you the stories of Saint-Louis and the people who live, work and create in our region. The show is hosted by Sarah fenske and produced by Alex heuer, Emily woodbury, Evie hemphill and Lara hamdan. Jane Mather-Glass is our production assistant. The sound engineer is Aaron Doerr.