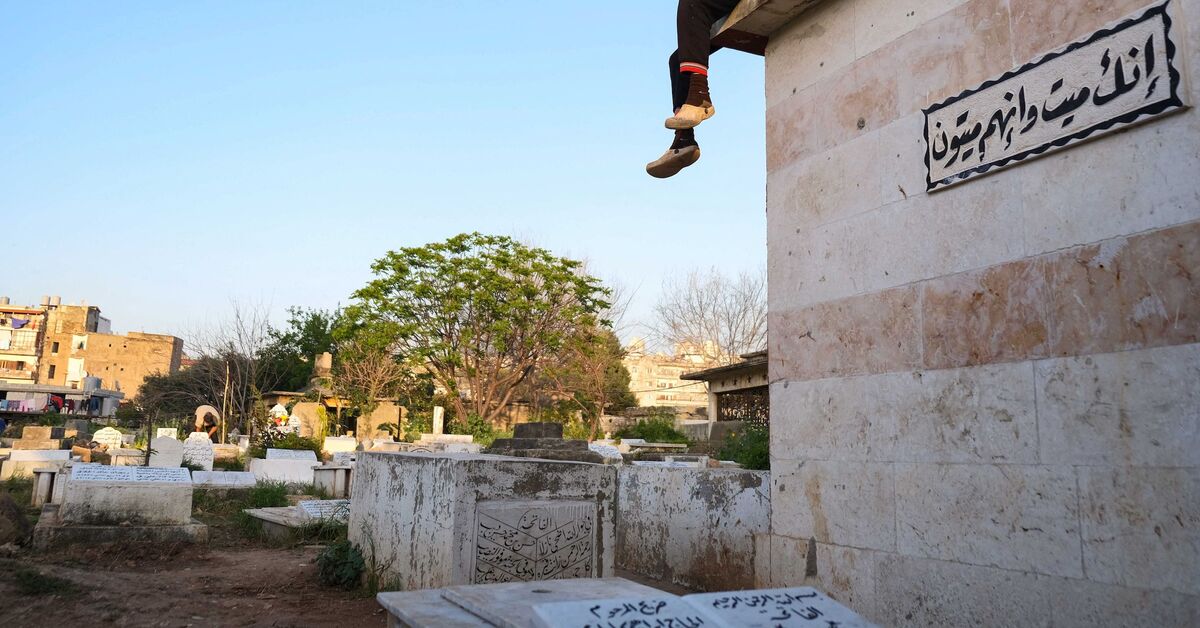 The death of a loved one has become a heavy financial burden for Lebanese citizens. According to UN estimates, more than 55% of the Lebanese population now lives below the poverty line.

The cost of funeral services in Lebanon varies depending on the religious community. The service charge is lower for Muslims than for Christians and Druze, who must purchase a casket, funeral wreaths and clothing for the deceased, while Muslims are buried wrapped in shrouds.

He added: â€œPrices have obviously gone up and continue to do so. â€¦ Most of the raw materials used in making coffins are sold in dollars. The cheapest wooden casketâ€¦ costs $ 65. It can reach $ 1,000 depending on the quality of the wood and the country from which it is imported. He noted that there is also the casket liner to consider.

Zaned explained that with fuel so expensive and difficult to obtain, the cost of transporting the corpses is at least 300,000 Lebanese pounds to areas not far from Beirut. Costs increase even more for more remote areas.

â€œAmid the COVID-19 pandemic and the economic situation in Lebanon,â€¦ deaths are now announced by SMS via WhatsApp or Facebook. The family of the deceased only prints 30 death notices instead of 200 for 200,000 Lebanese pounds, â€he said.

It is no longer considered a shame not to hold an official funeral and serve food after the funeral due to the financial situation and restrictions related to COVID-19. Zaned said that “many families no longer receive crowns and can only afford to provide coffee and water.”

â€œSome ask me if they can pay the fee in installments and most of them pay in local currency, which I calculate based on the market rate,â€ he said. â€œTo be honest, I didn’t suffer any loss from the seizures. This business does not stop.

George Deabis, the owner of another funeral service in the Hazmieh suburb of Beirut, is forced to accept installment payments from the family of the deceased. He told Al-Monitor: â€œThere is no other way; it is a humanitarian issue.

He noted: â€œThe majority of families are reducing their expenses as they now consider it a luxury, such as receiving funerals for Christians and Druze,â€¦ even though it was at the heart of Lebanese traditions.

He added: â€œAs for the obituary, it doesn’t matter anymore either. If a family decides to print them, they will have to pay at least 200,000 Lebanese pounds. “

He said of funeral wreaths: â€œOnly well-to-do families send them to church or funeral home. Most of the flowers are imported and in winter the price goes up. The cheapest crown costs 400,000 Lebanese pounds.

Elias Germanos, who oversees a cemetery for the Maronite community in Beirut, told Al-Monitor: â€œAs for the grave, the payment goes to the Archdiocese and can reach $ 5,000. For an already used grave of a person who died a long time ago and has no family, the cost is approximately $ 2,000. A provisional grave, which means that after five years, the bones of the deceased are thrown into an ossuary to allow another person to be buried in their place, costs $ 200.

Muhammad Wahbi, an official at a funeral association affiliated with the Islamic Endowments, told Al-Monitor: â€œMuslims in Beirut will pay around $ 2,000, not including reception and funeral homes, which cost another $ 2,000. .

He added: â€œThe price includes washing, wrapping and transportation. Sometimes transportation is free, depending on the family’s financial situation. â€¦ Interment in an old family grave can cost between $ 500 and $ 700 as prices vary from property to property.

In the villages, the situation is very different. Sheikh Jamal Bashasha, a Muslim cleric from the village of Barja in Iqlim al-Kharroub, said that in his region, “the costs of funerals and burials are not as heavy for families as in the cities”.

He said, â€œIt’s because the graves are not sold. Rather, the land is designated for the burial of deceased villagers or strangers, and the body is transported in municipal cars. As for condolences, they are offered at the family home. The cost is therefore limited to food and coffee, which the family or neighbors pay.

He added: â€œWe don’t even need notice in the villages. We usually announce the death from mosque minarets and neighbors prepare food for the family of the deceased. “

Why Are Good Employees Leaving Your Company? 5 tips for keeping them | Business