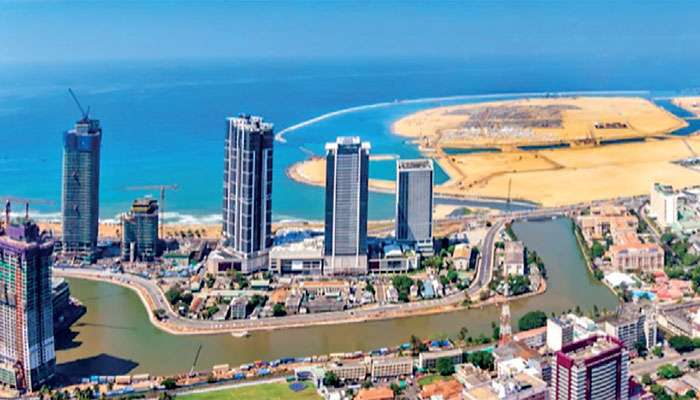 Economic impact of the port city

The landscape of the port city has undergone notable changes since the initial assessment of its economic impact by PwC Sri Lanka in early 2020, the most significant of which is the enactment of Law No.11 of 2021 on the Economic Commission of the port city of Colombo which recognizes the port city as a multiservice special economic zone.

As such, a comprehensive update has been undertaken to incorporate the effects of the newly enacted legislation as well as CHEC Port City Colombo’s â€œFive Year Plot Deployment Strategyâ€ and a master plan revision to 6.3 million mÂ² of gross floor area (compared to 5.7 million mÂ² previously used).

The law provides for a number of measures that enhance the ease of doing business in the area of â€‹â€‹jurisdiction with respect to setting up a business, obtaining building permits and authorizations, employing workers and execution of contracts which are essential to achieve the goal of being a home for exporters of modern services such as information and communication technologies, maritime services, offshore banking and financial services, professional services and regional headquarters.

According to PwC estimates, these modern services could create up to $ 9 billion in economic value added to GDP and have a significant positive effect of $ 5.3 billion on the balance of payments from service exports and revenues. foreigners every year, once the port city has reached its full potential. The commercial sector is expected to create more than 100,000 direct employment opportunities upon completion of the port city of Colombo.

As a lifestyle destination, Port City could rejuvenate Colombo’s appeal as a city tourism destination similar to regional capitals such as Bangkok, Kuala Lumpur and Singapore by taking advantage of attractions such as a port of luxury yachting, an integrated complex of world-class, upscale shopping malls and an international convention and exhibition center to attract high-value travelers.

Tourism, retail and leisure activities are estimated to generate up to $ 1.8 billion in direct economic value per year and provide 39,000 direct employment opportunities. It is also worth noting the indirect contribution made by this sector which could amount to 850 million dollars per year through the local supply chain.

The Special Economic Zone legislation also seeks to provide concessions to investors, with an expected amount of $ 12.7 billion to be derived from the realization of the land value and construction activities that would be required to expand the extension. of 2.7 kmÂ² from Colombo’s central business district. .

A clear beneficiary of this FDI would be the construction sector, where $ 8.7 billion in investment is expected, leading to the creation of over 340,000 direct jobs over the envisaged 20-year completion period.

The analysis indicates that Sri Lanka is expected to benefit from the port city project, provided the construction and operation stages go as planned and are well integrated into the local economy. A clear indication of this is that around 45-50% of the total value added to the Sri Lankan economy is expected to increase indirectly, i.e. through the purchase of building materials locally, expatriate spending and tourists across Sri Lanka and the services rendered by local businesses to occupants. from the port city.

A detailed report assessing the economic impact of the port city in the light of CHEC Port City’s â€œFive Year Plot Deployment Strategyâ€ is expected to be published shortly on PwC Sri Lanka’s website and social media platforms. .

12 companies in India offering time off for their employees