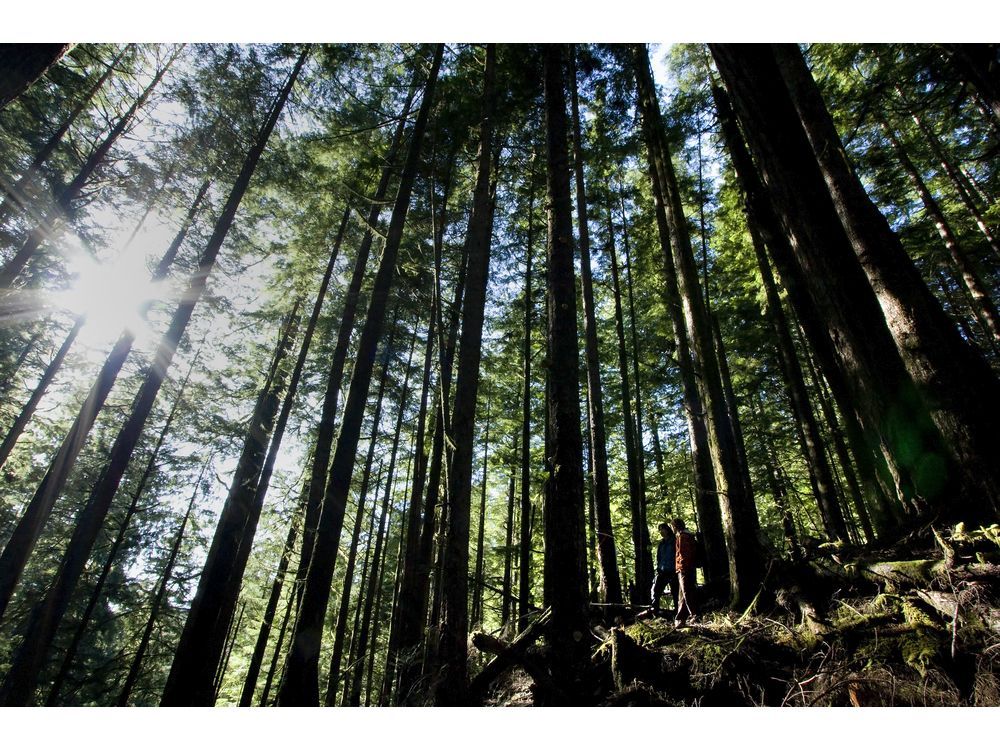 An environmental organization is offering cautious support for an announcement by British Columbia’s largest private landowner that will postpone logging in 400 square kilometers of old-growth forest for the next 25 years.

Mosaic Forest Management, which oversees the private lands of logging companies TimberWest and Island Timberlands, announced the postponement last week along with its intention to fund the plan through a carbon credit program that is expected to bring in several hundred million dollars. dollars by 2047.

A statement from the Endangered Ecosystems Alliance says exempting old-growth and second-growth stands from logging will protect the unique trees that support everything from climate and endangered species to wild salmon to drinking water. and tourism.

Ken Wu, executive director of the alliance, said the long-term postponements would buy time to organize further protection and that Mosaic should be commended for a “significant milestone” if the measure “comes to fruition”.

But Wu cautions that private carbon offset agreements between companies are not a substitute for conserving indigenous protected areas or other public protected lands, such as provincial reserves, parks and ecological reserves.

Mosaic says the stands slated for protection cover an area three times the size of Vancouver and are located on parts of Vancouver Island and Haida Gwaii.

Mosaic said a portion of the proceeds raised will go to the Pacific Salmon Foundation and the Indigenous Protected and Conserved Areas Innovation Program to support First Nations scientific and cultural research on and around project lands.

The company says it expects to capture and store more than 10 million tonnes of carbon dioxide through its plan, as well as conserve some of British Columbia’s oldest trees, ecosystems and wildlife habitats. .

“The Government of British Columbia has not provided any dedicated funds for the acquisition of private lands, which are needed to purchase old-growth forests for new protected areas on private lands such as these Mosaic Lands,” its statement read. .

More news, fewer ads, faster loading times: Get unlimited, lightweight access to the Vancouver Sun, The Province, National Post and 13 other Canadian news sites for just $14/month or $140/year. Subscribe now through The Vancouver Sun or The Province.

Sign up to receive daily news from the Vancouver Sun, a division of Postmedia Network Inc.

Thank you for your registration!

A welcome email is on the way. If you don’t see it, please check your spam folder.

The next issue of Vancouver Sun Headline News will soon be in your inbox.

We encountered a problem during your registration. Try Again