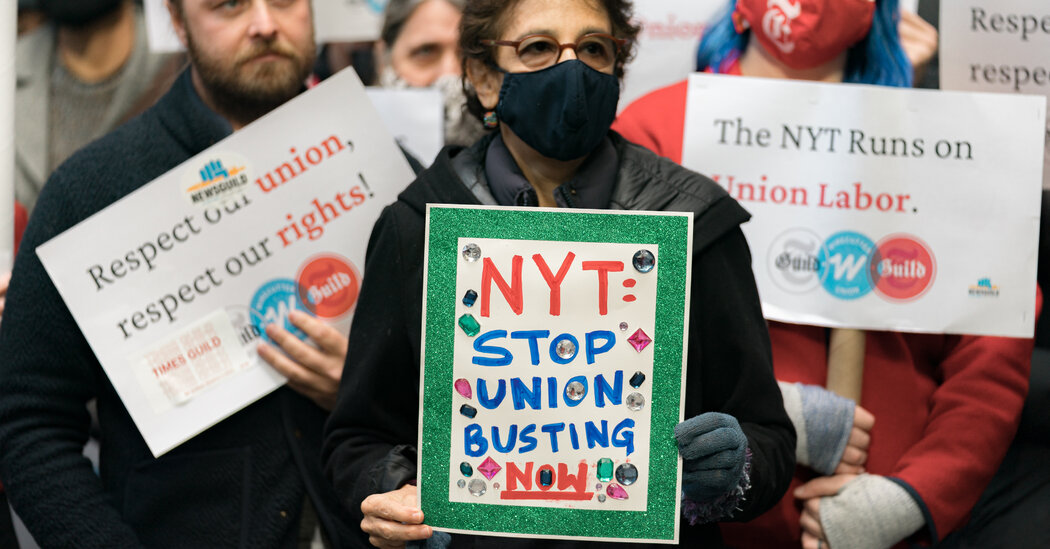 The National Labor Relations Board alleged in a complaint that the New York Times violated federal labor law by telling some employees they couldn’t publicly support a newly formed union of tech workers.

The complaint, filed Dec. 29, claimed the Times had “interfered with, restricted and coerced employees” in violation of their rights. It was published in response to an unfair labor practice complaint filed in June by the NewsGuild, which represents many Times employees.

The NewsGuild said some tech workers were told by managers in May that they couldn’t publicly support the union because they were supervising interns at the newspaper.

A hearing is due to take place before an administrative law judge on March 14. Bloomberg first reported on the complaint.

“We strongly disagree with the union’s allegations regarding the supervisory status of certain technology workers and welcome the opportunity to explain our position to the board,” said Danielle Rhoades Ha, spokesperson for Times Company, in a statement.

Technicians, including software engineers and product managers, announced in April that they had formed the Times Tech Guild. The Times Company refused to voluntarily recognize the union, pushing the case to a formal election through the NLRB

The time technology guild said on twitter Wednesday that the NLRB had given The Times a chance to fix the issue, but declined and “chose to spend more money on legal fees to fight this ruling.”

Other Times employees are also represented by the NewsGuild, including journalists, editors and more than 60 employees of Wirecutter, a product review site owned by The Times. The Wirecutter Union struck a deal on a contract last month after two years of negotiations.