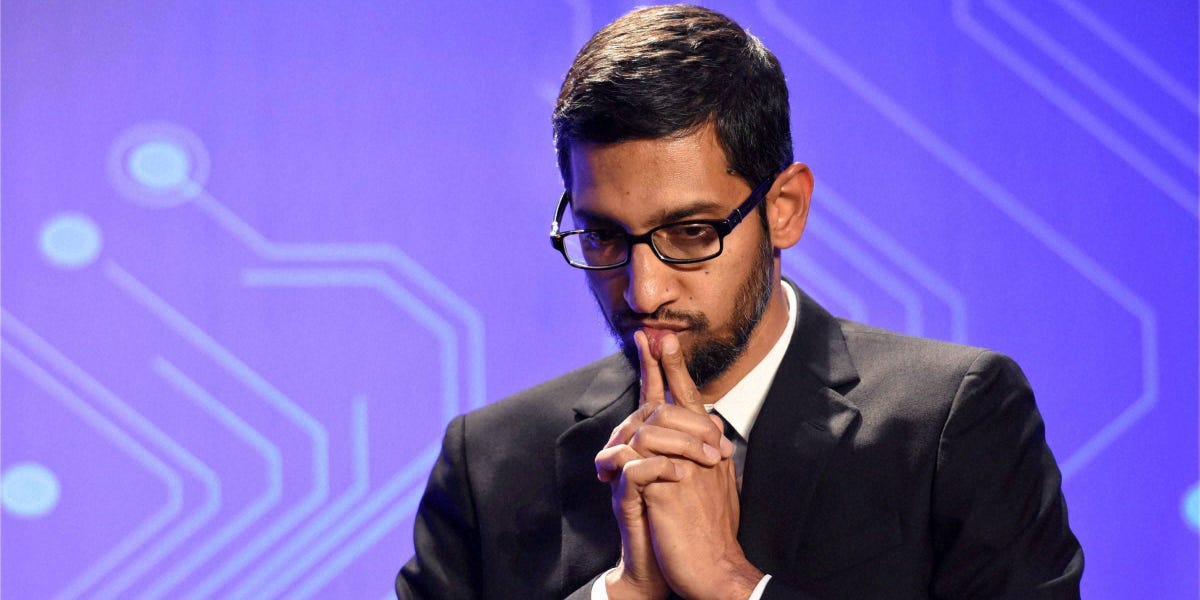 Google executives abruptly canceled an event organized by employees on caste bias in April because it ‘in effect segregated employees,’ the company’s chief diversity officer said in a meeting on Thursday. monthly show of hands, Insider learned.

Employees bombarded executives at the meeting with questions about combating caste discrimination and why anti-bias speech was taken down, according to three people in attendance and an audio recording of the meeting shared with Insider. On Wednesday, Tanuja Gupta, event organizer and senior Google News executive, sent an email announcing that she was leaving Google due to the company’s backlash.

Gupta had invited Equality Labs executive director Thenmozhi Soundararajan, who advocates for Dalits, or members of India’s lowest-ranked caste, to give the talk during Dalit History Month in April. Google canceled the event after some company employees accused Soundararajan of being “Hinduphobic” in messages to company executives, The Washington Post reported.

This upset employees across the company. One of the most voted-on questions at the meeting was about leadership, asking if Google wanted to tweak more diversity initiatives to “not get in the way of others”, in light of the cancellation of the anti event. -bias.

“It was a really difficult situation,” Google diversity manager Melonie Parker said in response to another question about how employees could discuss discrimination at Google after the retaliation Gupta faced. Parker said the company was “deeply opposed” to caste discrimination, adding “it has no place here or anywhere else”.

“In this case, it was clear that a discussion hosted by a Googler was actually separating the employees,” Parker added. “And in fact, a large group of employees felt vilified. And that led to a lot of internal concerns, heated discussions, as well as escalations.”

“And on top of that, as the issue unfolded, there was specific conduct, internal messaging that made employees feel targeted and retaliated against for raising concerns about the discussion. proposed.”

Sundar Pichai, CEO of Google, added that the company should take into account “all types of problems people face, and we should strive to make a difference in all areas, including caste discrimination”. as part of its DEI work.

The answers are unlikely to satisfy employees and onlookers who see the decision as evidence that Google ignores caste bias in its workplace.

Gupta, who was one of the organizers of the 2018 Google walkouts that pushed the company to end its practice of forced arbitration, said she organized the talk after two employees approached her. about the caste discrimination they had witnessed at Google. In her resignation email, she said Google was “grossly and willfully ill-equipped to deal with issues of caste discrimination” and called on Google to specify caste as a protected class outside India.

A group of civil rights organizations sent a petition to Pichai this week urging Google to invest in DEI measures to address caste equity and restore Soundararajan’s speech, among other demands.

In Gupta’s resignation email, she said women faced disproportionate retaliation for speaking out at the company. She highlighted examples of other women who had been kicked out of the business, including Timnit Gebru, Margaret Mitchell and April Curley.

Gupta added, “If managers are the ones with the power to enact meaningful DEI-related changes, but are bound by a policy that punishes disruption, how much does Google really want its DEI efforts to succeed?”

Are you a current or former Google employee? Do you have any advice?

Contact Rosalie Chan at [email protected], Signal at 646.376.6106, Telegram at @rosaliechan. Other types of secure messaging available upon request.

Pakistan expects GDP growth to slow to 5% amid fiscal consolidation