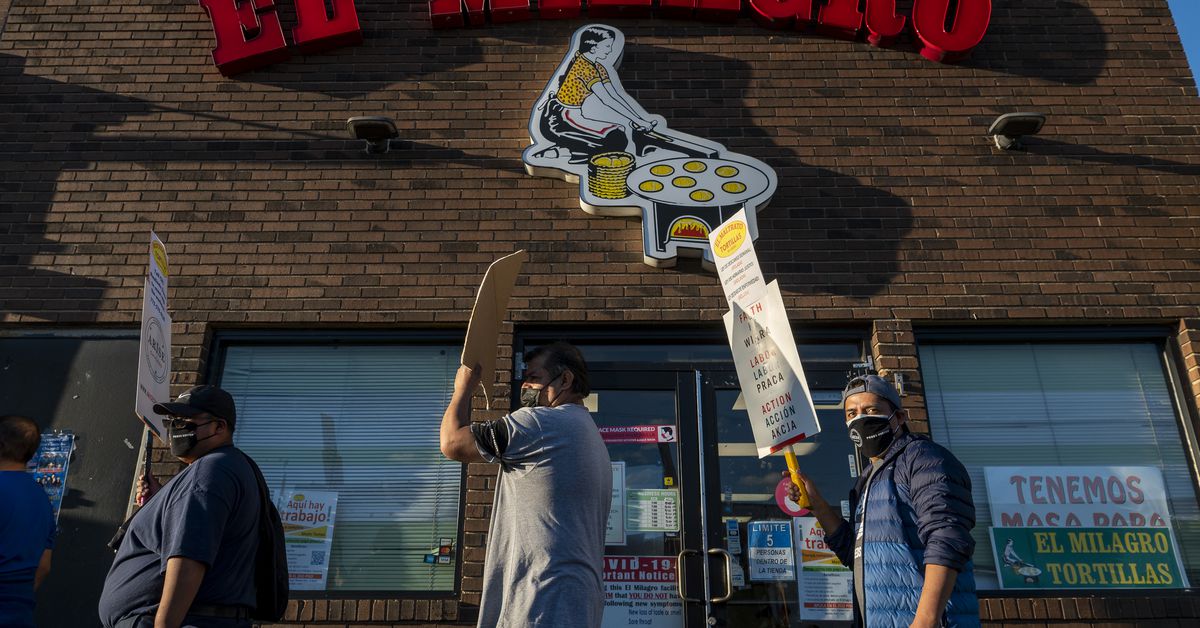 Employees at the El Milagro tortilla company who protested the alleged labor violations last month by quitting work have filed complaints against the company with state and city employment agencies, a workers’ rights group said Tuesday.

Arise Chicago said workers filed complaints with the city’s labor standards office and the Illinois Department of Labor. The workers, who won the support of several politicians, alleged abusive terms and sexual harassment at El Milagro, which has offices in Pilsen and Little Village.

The complaint filed with the city last month alleges the company is ignoring orders dealing with paid sick leave and work schedules, Arise Chicago said. He said the state filing was filed in mid-October and accused the company of breaking a law requiring at least one day off per week.

Last month, workers also filed a complaint with a federal agency, the National Labor Relations Board.

A spokesperson for the state’s Labor Department said an investigation into El Milagro was ongoing and made no further comment. A city representative could not be reached.

A man who answered the phone at El Milagro said no one was available to respond to the allegations.

Workers told Arise Chicago, a nonprofit group supporting workers’ rights, that they must show a doctor’s note or a pharmacy receipt when taking paid sick leave. The company then decides if they can return to work, a practice that employees see as punishment for taking time off.

Workers also said some of them had been suspended for up to a week for taking sick leave.

Reverend CJ Hawking, executive director of Arise Chicago, said the company’s practices “are akin to sweatshop-level working conditions that the United States banned a century ago.”

Last month, non-union workers drew attention to their complaints by quitting work, then found themselves locked out, unable to retrieve their belongings, until police arrived.

Workers say to deal with a nationwide shortage of tortillas, the company has ramped up production to dangerous speeds, causing injuries.