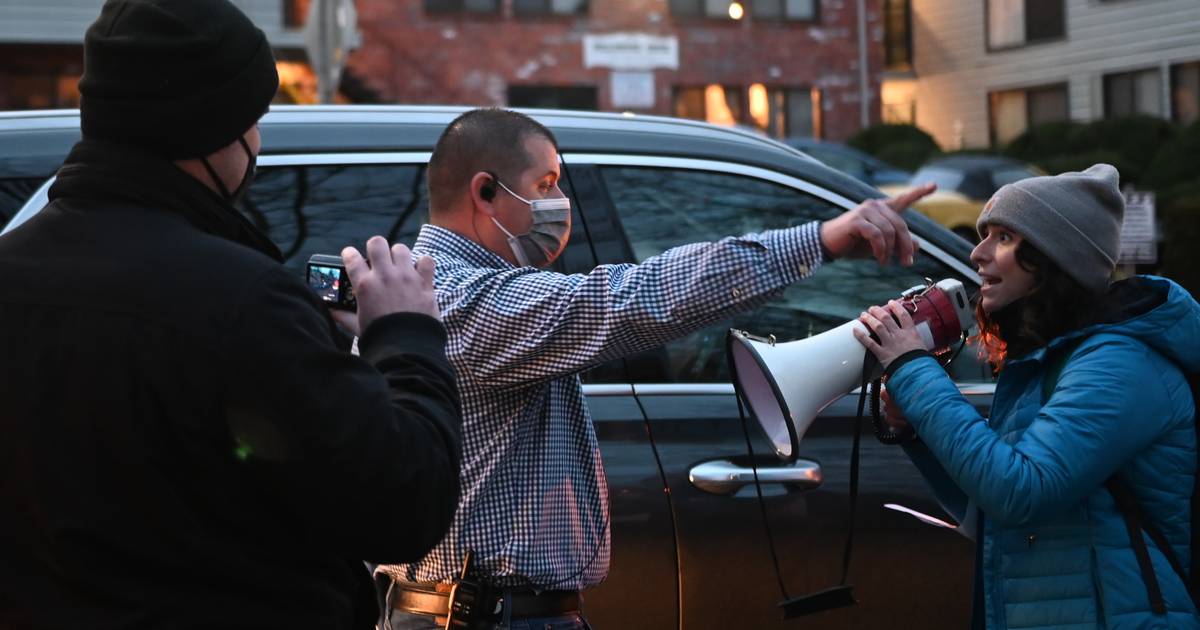 On the same day unionized workers at Portland-area Fred Meyer and QFC stores went on strike, their union struck a tentative deal with the companies, both of which are owned by Kroger.

“We are delighted that Fred Meyer and QFC have recognized the continuing danger to their workers, with a settlement agreement that includes significant wage increases, additional workplace protections, secure retirement and quality health care.” , wrote the union in a statement.

The strike began at 6 a.m. on December 17 and the announcement of a deal came shortly before midnight.

At 4 p.m. on Friday, the Portland Socialist Democrats of America, members of other unions and supporters of the labor movement gathered outside the Fred Meyer store on Northeast Weidler Street to support striking members of Local 555 United Food and Commercial Workers. About 120 picketers lined up in front of the store and marched to two parking entrances, chanting and waving signs.

Picketers slowed traffic and in some cases hindered drivers trying to enter the store’s parking lot.

â€œGo to another store! They shouted as motorists attempted to turn into the parking lot. â€œThere is a Safeway on the road! “

Picketers were greeted with supportive horns and derogatory comments from passing motorists. The store manager and security personnel came out to tell the picketers to leave, but to no avail.

Fred Meyer began posting temporary jobs in his stores and on Kroger’s website earlier this week, asking for workers ready to cross the picket line. No experience needed. (Union representative Miles Eshaia said WW Thursday that the union’s attorney sent Fred Meyer a cease and desist letter earlier in the week, alleging the company was in violation of Oregon law by not initially indicating that it was seeking to hire scabs.)

The union went on strike against what it saw as unfair labor practices, including insufficient pay for certain departments, including the grocery store and checkout.

The strike came at a particularly inconvenient time for grocery retailers, just over a week before Christmas. Eshaia attributes the speed of the deal to the strike that left the stores fallow.

â€œThe community was right behind us, the pressure that clients helped put on the employer from the start in droves, without just crossing our picket line,â€ says Eshaia. “Of course you had people plowing and honking and screaming, and it does happen, but the majority of people really respected our lines.”

He thinks the grocers quickly realized the scale of the strike: â€œMaybe this is one of those things where they were waiting to see how it goes, and then they were like, ‘Oh, no. “

Fred Meyer President Dennis Gibson said in a statement, â€œWe are very grateful to our associates Fred Meyer and QFC for all they do for our customers and our community. That is why we have invested in their wages, health care and retirement.

The date of the union vote has not yet been released, nor the details of the tentative agreement. When asked if the company had granted most of the union’s demands, Eshaia said he would not release details of the deal until members saw it. WW asked if union leaders were happy with the deal.

â€œThis is a complicated question, because leaders can only be happy if the members are happy,â€ says Eshaia. “But the committee is made up of members, and everyone recommended the settlement.”