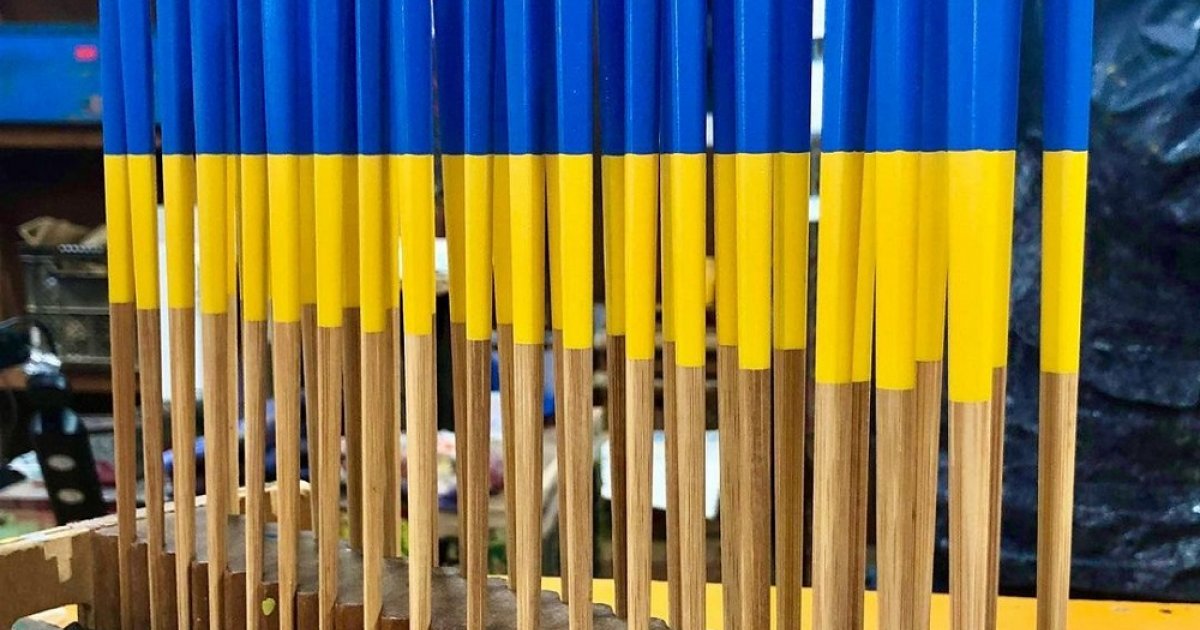 Japanese company sells blue and yellow RM36 chopsticks in support of Ukraine, sold out in two hours | The life

KUALA LUMPUR, March 3 — A Japanese company has turned the humble wand into a statement of solidarity in support of Russia-invaded Ukraine.

Each pair of “Chopsticks for Peace” is priced at ¥1,000 (RM36.26) and all proceeds will be donated to a bank account opened by the Ukrainian Embassy in Japan.

The 150 pairs that were up for grabs in Monday’s initial pre-order sold out in two hours.

Located in the southwestern city of Nankan in Japan’s Kumamoto prefecture, the chopstick maker crafts its products from bamboo from Kumamoto and Fukuoka prefectures.

The company’s drumsticks are exported to Europe, the United States, Asia and the Middle East, and are appreciated for their lightness, strength and flexibility.

Senior General Manager Shogo Yamasaki spoke with his team and decided to make special chopsticks in the colors of the Ukrainian flag after being saddened by the war, Japanese daily The Mainichi reported.

“If we neglect changing the status quo by force as if it were before the 20th century, the same thing could happen to us one day,” he said.

“As a businessman, I wanted to make efforts for peace.”

The company told customers on Tuesday that as a small business it couldn’t keep up with the overwhelming demand, but today announced it would resume pre-orders from tomorrow after employees wished to skip the orders.

“Because we live in peace, we can eat with chopsticks without worry, and we can also make chopsticks that are tools for daily life,” Yamasaki said.

“I hope that people who buy these products will feel how valuable their daily life is by eating.”

However, the micro-enterprise said it could not survive if it continued to donate all profits.

The company will still donate 1,000 yen to the Ukrainian Embassy, ​​but there will be an additional cost of unit price, shipping, and consumption tax, bringing the total to 2,200 yen.

Wands are expected to ship from late April to early May.