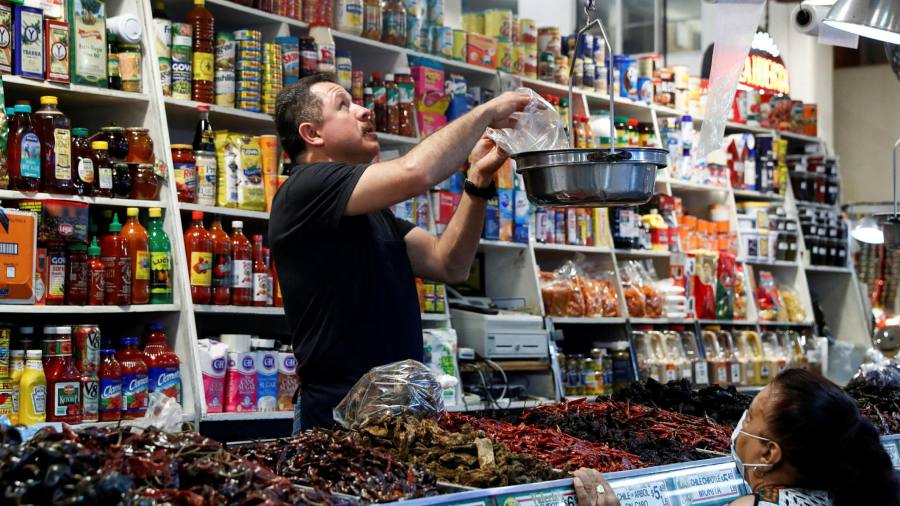 Major economies are on the verge of “tipping” to a high-inflation world where rapid price increases are normal, dominate daily life and are difficult to suppress, the Bank for International Settlements warned on Sunday.

In its annual report, the BIS, the influential body that manages banking services for the world’s central banks, said such transitions to high inflation environments rarely happen, but are very difficult to reverse.

Diagnosing that many economies had already embarked on the process, the BIS advised central banks not to hesitate to inflict short-term pain and even recessions to prevent any movement towards a world of persistently high inflation.

Central banks around the world have started raising rates rapidly in response to soaring inflation, with the US Federal Reserve leading the pack, but the moves so far have not satisfied the BIS.

In its report, the bank said there was a deep, “inherently stagflationary” shock hitting the world from rising commodity prices, supply chain bottlenecks and resulting shortages. of Russia’s invasion of Ukraine.

This had pushed up the prices of the goods and services that households noticed the most, reinforcing the importance of the price increases.

“We may be reaching a tipping point, beyond which an inflationary psychology spreads and takes root. This would mean a major paradigm shift,” the report says.

Such a change would mean leaving behind a world where prices are generally stable, with some things getting cheaper and others more expensive. In this benign world, central banks have been able to ignore temporary spikes in oil or natural gas prices because “economy-wide inflation [is] less noticeable [and] also less relevant.

After a transition to a period of high inflation, “price developments are much more synchronized and inflation is much more a central point in the behavior of economic agents, exerting a major influence on it”.

Inflation is at its highest in several decades in several economies, including the United States, the euro zone and the United Kingdom. The BIS feared that major economies in North America, Europe and many emerging markets were close to a tipping point. Consumers had noticed price increases, large increases had spread to most goods, and falling real wages would prompt attempts to recoup losses.

Ignoring price increases was no longer rational for consumers, the BIS said, heightening the danger of a shift to a high-inflation world.

“As inflation rises and becomes a focal point for agent behavior, behavioral patterns tend to reinforce the transition,” he added, predicting that companies would fight to keep profit margins from falling. be squeezed and workers would defend their wages. The duration of most contracts would tend to shrink, he added, as parties on both sides could not guarantee price levels in the future.

“It emphasizes a quick and decisive response,” he told his member central banks, though none could be sure they had entered a high inflation environment.

The BIS added: “The top priority is to avoid falling behind the curve, which would ultimately lead to a sharper and more vigorous adjustment. This would amplify the economic and social costs of controlling inflation.