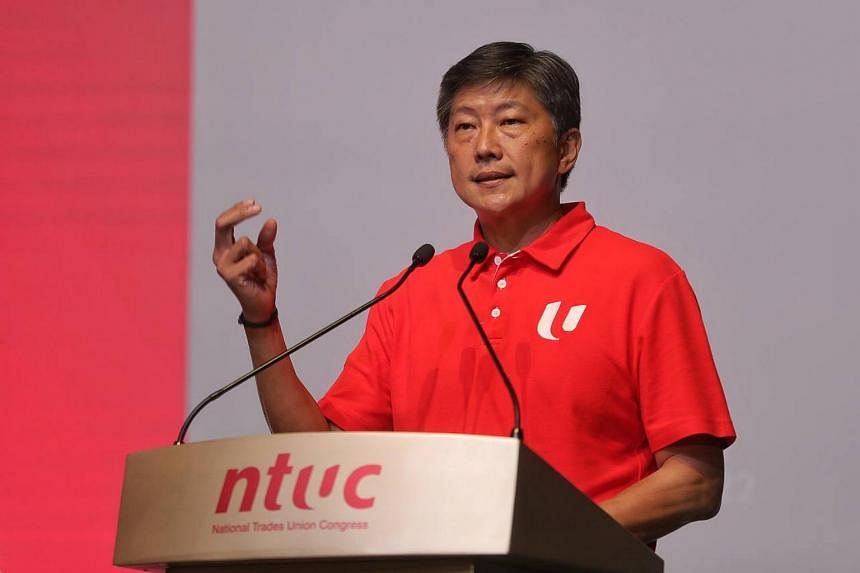 Starting in August, the NTUC Institute of Employment and Employability will begin processing applications from eligible employers for the grant, first announced during the budget debates in March.

To do this, they must have defined concrete plans for transforming their workforce, with company training committees (CTCs) to help implement these plans.

CTCs include representatives of a company’s management as well as trade union leaders. Their job is to review the company’s current training plans, identify skills gaps, plan for retraining and career progression for their workers, and develop and implement new training programs.

In a May Day Rally speech delivered in the Downtown East and streamed virtually, Ng described CTCs as key to the NTUC’s redoubled efforts to upskill workers amid uncertainty.

When NTUC introduced the CTC model in 2019, it said it aimed to help around 330,000 workers. There are currently more than 900 CTCs and the number continues to grow, Ng said.

“CTCs are really like a growing baby, now a bit fit, but needing a lot more care to fully develop,” the labor leader said.

The $70 million grant – part of $100 million set aside by the government to help companies implement concrete training and transformation programs – aims to provide better job prospects and, through therefore, better wages for the workers, added Mr. Ng.

For businesses, this means increased productivity and innovation, as well as the ability to attract top talent more effectively.

To illustrate the impact of CTCs, Mr. Ng gave an example of how utility provider SP Group and the Electricity and Gas Employees Union delivered 800,000 hours of training to 200 workers in class. of improvement.

One worker, Mr. Muhammad Yazid, joined SP as a storekeeper in 2013 and last year was sponsored by the company for a degree in supply chain and logistics. Mr. Yazid is now a warehouse officer overseeing a team of six – a higher value role that earns him better pay.

In his speech, Ng said the NTUC will continue to keep prices of basic necessities affordable despite fears of a higher cost of living. He said some 2.4 million NTUC members and NTUC Link members will enjoy 10% savings when buying food and drink at Kopitiam food courts and cafes by the end of the year. end of the year.

Concluding his speech, Mr. Ng reiterated the labor movement’s goal to improve the lives of workers and hear the concerns of the new generation – especially in underserved segments.

“Together with the government, we need to strengthen tripartism as Singapore’s unique competitive advantage. As we have seen in Covid-19, this strength of tripartism has empowered us to respond quickly to take care of workers” , did he declare.

Trade battle for staff: tips for recruiting workers in a context of low unemployment