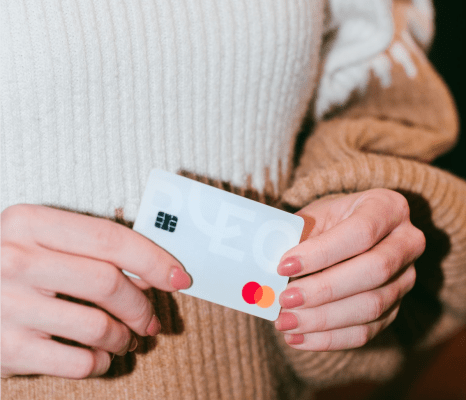 Pleo raises $ 150 million at a valuation of $ 1.7 billion for its new approach to managing SME spend – TechCrunch

Whether you are part of the accounting department or just any employee in an organization, expense management can be a long and error-prone part of your job, but also quite mundane. Today, a startup called Pleo – who built a platform that can help some of this work more easily, through a vertically integrated system that includes payment cards, expense management software, and integrated reimbursement and payment services – Announces a major round of growth financing to develop its activity after experiencing strong traction.

The Copenhagen-based startup has raised $ 150 million – money it will use to continue developing more features for its users and for business development. The round, which sets a record for being the largest Series C for a Danish startup, values â€‹â€‹Pleo at $ 1.7 billion, the startup confirmed.

Approximately 17,000 small and medium-sized businesses now use Pleo, with medium-sized businesses employing around 1,000 employees. Now that Pleo is turning to slightly larger customers (up to 5,000 employees, said CEO Jeppe Rindom), the startup has set an ambitious goal of reaching 1 million users by 2025, a Very lucrative goal, given that expense management is estimated to be an $ 80 billion market in Europe (with the global opportunity, of course, even greater).

It will also use the funds simply to expand its business. Pleo now has around 330 employees across London, Stockholm, Berlin and Madrid, as well as Copenhagen, and will use part of the investment to grow this team and its reach.

Bain Capital Ventures and Thrive Capital co-led this round, a Series C. Previous funders including Creandum, Kinnevik, Founders, Stripes and Seedcamp also participated. Stripes led the startup’s Series B in 2019. It appears that round was oversubscribed: the original intention was to raise just $ 100 million.

Like other business processes, expense management and corporate expense processing have come a long way in recent years.

Gone are the days when expenses inevitably involved collecting paper receipts and manually entering them into a system for reimbursement; now expense management software connects to company issued cards and leverages a range of automation tools to remove certain steps from the process, integrating with internal company accounting policies to mix up the process a little less painfully. And there are a number of companies in this space, from older players like Concur from SAP to startups about to go public like Expensify as well as young entrants bringing new technology into the process.

But, there is still a lot of room for improvement. Rindom, CEO of Pleo who co-founded the company with CTO Niccolo Perra, said the couple came up with the idea for Pleo after years of working in fintech – both were the first employees of the chain startup. ‘B2B Tradeshift sourcing – and saw the first – just how short of tools small and medium-sized businesses in particular were to manage their spending.

Pleo’s approach has been to create, from scratch, a system for small businesses that incorporates all of the different stages of how an employee can spend money on behalf of the business.

Pleo begins with physical and virtual payment cards (which can be used in, for example, Apple Wallet) which are issued by Pleo (in partnership with MasterCard) to purchase goods and services, which in turn are automatically itemized according to internal accounting of a company. systems, with the ability to work with electronic receipts, but also allow people to use their phones to take photos of receipts when they are only on paper, if necessary. These are pretty much tabletop stakes for expense management software these days, but Pleo’s platform takes it one step further.

Users (or employers) can integrate their own bank details to facilitate their reimbursement when they have had to pay for something out of their own pocket; or vice versa to pay for something that should not have been charged to the card. And if there are invoices to pay at a later date from the time of purchase, these can also be processed and set up within Pleo rather than having to consult separately with an accounts department. suppliers to settle them. Higher price levels (beyond basic service for up to five users) also allows a business to set spending limits for individual users. The price is based on the number of users, per month.

Pleo has also integrated fraud protection services into the platform to detect, for example, cases where a card number may have been compromised and is being used for non-business purposes.

What’s remarkable is that the startup has built all the technologies it uses, including the payment functionality, from scratch, to have full control over the features and more specifically to be able to add more. more flexible way over time.

â€œAt first we were working with a partner in services like payments, but that didn’t get us going fast enough,â€ Rindom said in an interview. â€œSo we decided to take it all in-house. “

It looks like this opens the door to a lot of possibilities for Pleo’s evolution in the years to come, now that he’s focused on hyper-growth. However, Rindom added that whatever next steps they take will remain focused on continuing to resolve the spending problem.

â€œRegarding our infrastructure, we only use it for ourselves,â€ he said. “We do not intend to sell [for example, payments] as a service, although we have many other ideas for expanding our offerings. Indeed, the ability to pay invoices was only launched in April of this year. â€œWe offer things all the time, but will only launch those that are relevant to customers. For now, at least.

This focus and maybe even more than that, execution and customer traction is what made investors support a fintech outside of Copenhagen.

â€œThe future of work gives employees the tools they need to be efficient, productive and successful,â€ Keri Gohman, partner at Bain Capital Ventures, said in a statement. â€œPleo understands this critical shift for modern businesses to employee orientation – providing employees with a fun-to-use expense management app that automatically tracks their business expenses and generates expense reports, coupled with powerful tools including businesses need to create full visibility and management of every penny spent.

Bain has been a fairly active investor in European fintech, also supporting GoCardless in its recent cycle. â€œBCV invests in founders who aren’t afraid to tackle big problems, and Jeppe and Nicco saw a big challenge employers faced: tracking all company expenses and reconciling expenses with ledger â€” and solved it with sleek technology employers and employees love, â€added Merritt Hummer, Partner at Bain Capital Ventures.

Thrive is also a notable funder here, and it will be interesting to see how and if Pleo links up with others in VC’s portfolio, which include companies like Plaid, Gong, and Trade Republic.

“Pleo has already transformed the way more than 17,000 companies plan to manage their expenses, save time and reduce costs while increasing transparency,” Kareem Zaki, general partner at Thrive Capital, noted in a statement. â€œWe are delighted to partner closely with the Pleo team to help them drive their next phase of growth. “