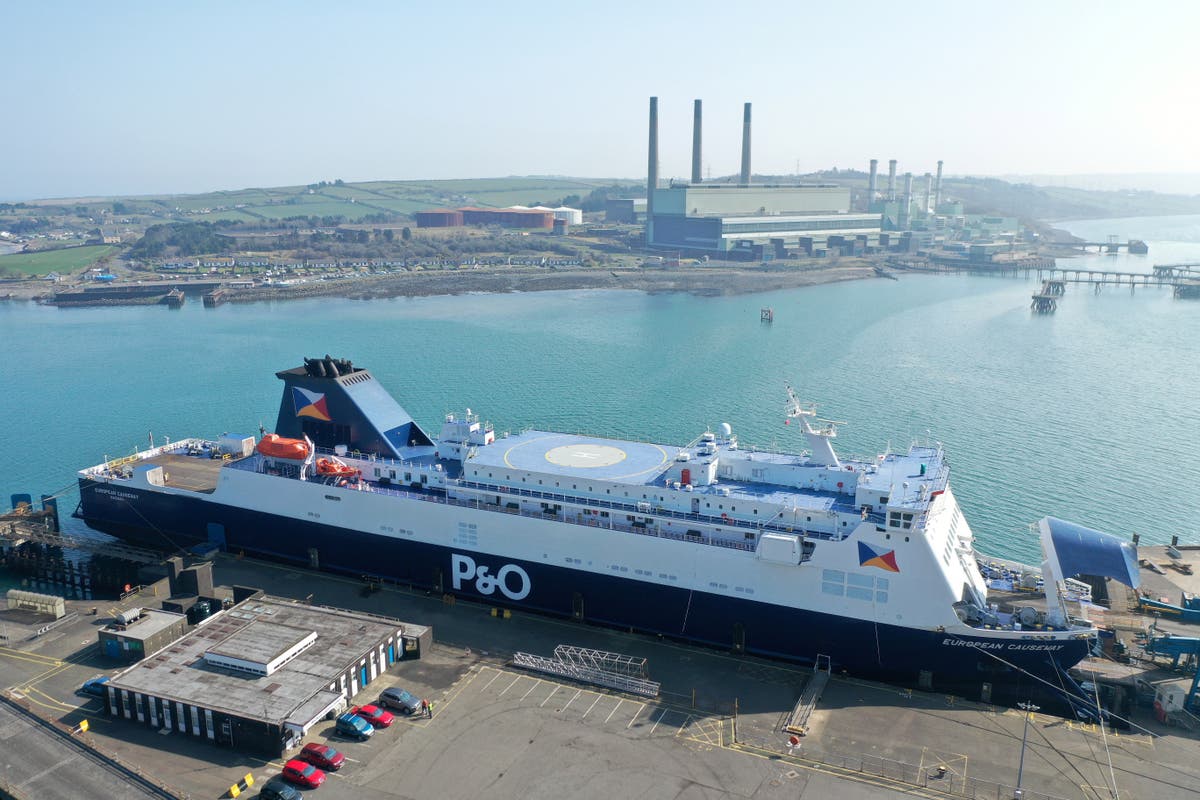 P&O Ferries carried out a study last year into options for sustaining the business, which calculated it would cost £309million to keep the business going while consulting staff on job losses.

He decided not to hold a full staff consultation on his plans to cut nearly 800 jobs, a move that drew a huge backlash from unions and politicians.

A company source said the study had calculated it would cost £309m to keep the company going for a consultancy period of at least three months, adding that there was no take-back guarantee.

Months of consultations would have undermined business, causing disruption that would have led customers to leave for competitors, dealing a “fatal blow” to P&O, the source told the PA news agency.

P&O believes it has safeguarded the long-term future of the business and the livelihoods of 2,200 employees.

A P&O spokesman said: “Over 90% of affected seafarers are in discussions to progress with redundancy offers.

“We are sorry for those affected and their families for the impact this has had on them. They have lost their jobs and there is anger and shock, which we fully understand.

“We needed a fundamental change to make the business viable. It was an incredibly difficult decision that we struggled with, but once we knew it was the only way to save the company, we had to act.

“All other routes have resulted in the loss of 3,000 jobs and the closure of P&O Ferries.

“By making this difficult choice, we have secured the future viability of P&O Ferries and secured Britain’s trading capacity.

“We are committed to providing continued and ongoing support to all affected employees, former and current.”

The company said the settlement with its workers would be the biggest pay package in the UK maritime industry.

The total value of the financial settlement is over £36 million.

Demonstrations took place in Liverpool, Hull and Dover on Saturday with more planned for the coming days.

The Rail, Maritime and Transport and Nautilus International unions are urging the company to reverse the redundancies and the government to take action against P&O.

A vessel operated by the ferry company was arrested on Friday for “unfit to sail”.

The European Causeway vessel has been held up at Larne Port in Northern Ireland due to “failures in crew familiarization, vessel documentation and crew training”, the Maritime and Coastguard Agency (MCA) said. ).

Prime Minister Boris Johnson has joined calls for the chief executive of P&O to step down.

Peter Hebblethwaite admitted to MPs the company broke the law by not consulting the redundancies.

Mick Lynch, general secretary of the Rail, Maritime and Transport Union, said: ‘The campaign to get workers back on the ships, to operate these crucial ferry links continues safely and the company must do in the face of harsh reality and assume its responsibilities. for their grotesque actions.