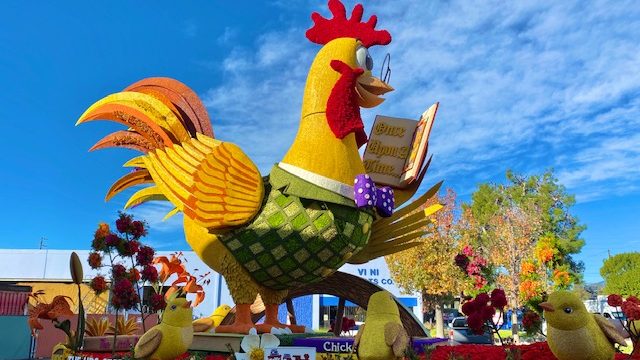 SAN DIEGO – The UPS Store, headquartered in San Diego, won first prize for the 133rd edition of the Rose Parade for the third time, winning the competition prize for its float entitled “Rise, Shine & Read!” The company announced on Saturday. .

The competition prize, which is awarded to the floats for the finest entry which encompasses the overall float design, floral display and entertainment, went to The UPS Store for their 55-foot-long, 18-foot-wide structure and 35 feet high. The float was described by the company as a way to “celebrate the positive impact that literacy can have on a child’s ability to succeed, and featured support for the Toys for Tots literacy program.”

â€œThank you to the Tournament of Roses for honoring The UPS Store, Inc. with the distinguished honor of the Sweepstakes Award and for recognizing the efforts of our volunteers, builders and designers who brought our inspired vision of literacy to life. Sarah Casalan Bittle said. , President of The UPS Store, Inc. â€œIt is an honor to be one of the other community partners who have celebrated the return of the Rose Parade and continued the tradition of oversized visual storytelling. “

Sliding down Pasadena’s iconic Colorado Boulevard adorned with 130,000 flowers, the float’s lively design featured a colorful, bespectacled rooster wearing a plaid waistcoat and bow tie, standing atop a stack of books and reading to his family of chicks, the UPS Store said. â€œRise, Shine & Read!â€, Built by Fiesta Parade Floats, was intended to inspire children to stand up and let themselves shine through the power of literacy, reflecting the overall theme of the Rose Parade, the company added. .

The UPS Store network said it has raised more than $ 7.3 million in 5,000 stores nationwide to provide more than 44 million pounds to children across the country since 2008. For more information, visit https: / /www.theupsstore.com/ literacy.

With Omicron’s Rise, Americans Prepare to Return to School and Work