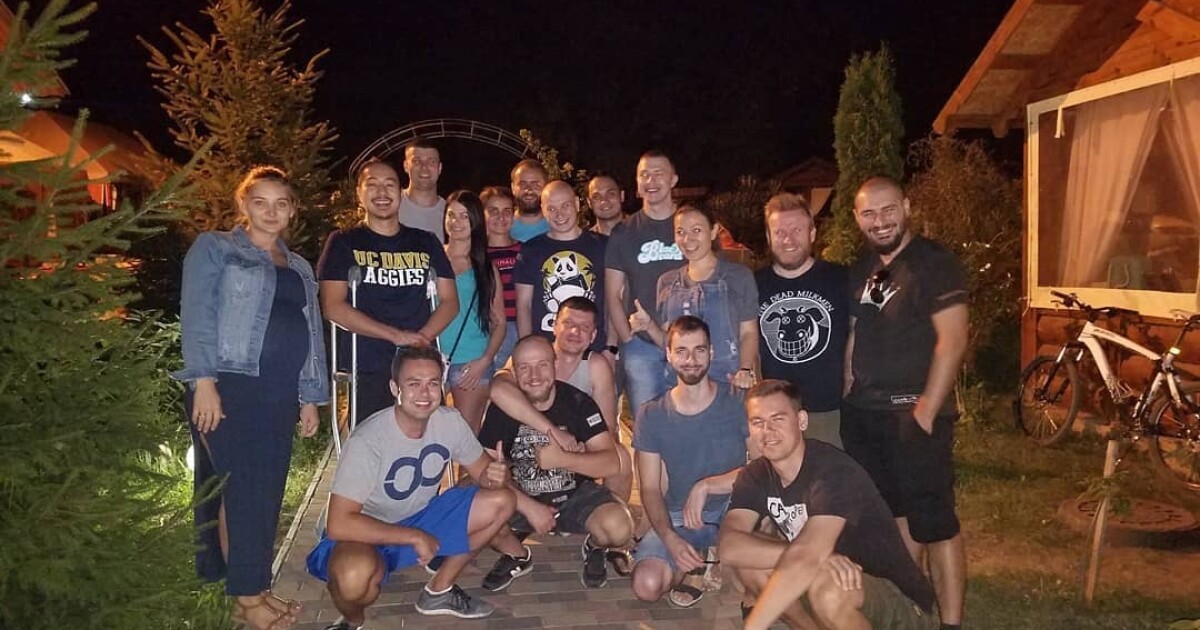 For the more than 30 Blueboard employees based in Ukraine, the reality on the ground is dangerous and uncertain. Among them is Katya, who now lives in an underground shelter with her boyfriend and dog.

The invasion of Russia put everything in limbo.

“So dangerous – it’s so scary. When we go to the…second floor, we hear bombs,” she said, adding that her boyfriend had to be armed even for a simple trip to the grocery store , which is now a life-or-death situation.

Not all Blueboard employees are stranded in Ukraine. For some, it’s the opposite.

Software engineer Anton Sukhonosenkoho said he was sitting on a plane returning home to Ukraine last week after a business trip with Blueboard when passengers were told they had to get off. “Staff told me the flight was canceled and the skies over Ukraine were closed, and I realized it was a war,” he said.

Sukhonosenkoho said his first thoughts were for those closest to him, especially his young son. “I really felt that survivor guilt,” he said. “I’m completely safe, and everyone is under fire or on the run, and I can’t do anything to help them.”

On top of that, he was now in a town with no connections. His credit cards and internet stopped working.

“I basically spent the night on the ground in the JFK airport terminal in New York,” Sukhonosenkoho said.

He was finally able to contact Blueboard. The company immediately planned to take him to San Francisco, where it is headquartered, and found him a place to live.

“In fact, I still can’t believe this is happening to me. Right now a lot of companies are saying, ‘OK, you guys are on your own. I feel like part of a big family,” Sukhonosenkoho said.

“It’s absolutely heartbreaking,” said Kevin Yip, co-founder and COO of Blueboard. When the company found out about Sukhonosenkoho’s situation, management was quick to help him and the company’s entire extended family in Ukraine, Yip said.

“The first thing we prioritize is: are our employees safe? Yip said. He added that it is difficult to understand what employees are going through. He said he often thinks of the good times they shared in Ukraine.

“I’ve been there – I was there hanging out, listening to music with our whole team – and seeing the building explode…it went down, and we’re in contact with the team every day, and just with some of the people from Kharkiv who are still there, and it’s crazy,” Yip said.

Blueboard has also created a GoFundMe account to help you. Nearly $30,000 was raised from employees alone. The hope is that more people contribute.

For now, Sukhonosenkoho said he would continue to send aid to loved ones and raise awareness of the suffering in his homeland.

“I taught a number of people to say ‘glory to Ukraine’ in Ukrainian,” he said with a smile.

He has a message for his 12-year-old son, who helps refugees at home with his mother.

“I wanted to tell my son that I love him and I’m so proud of him,” he said then, translating it into Ukrainian, and adding: “because he’s a badass” .