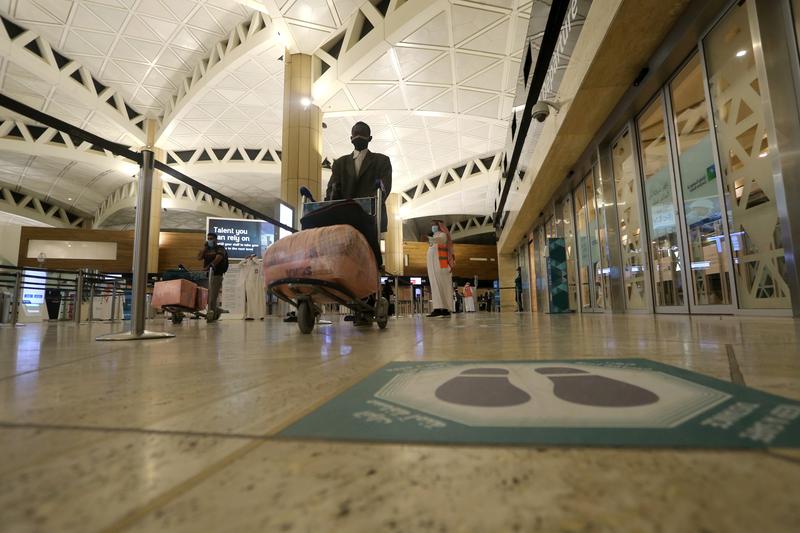 DUBAI (Reuters) – Saudi Arabia will invest more than 500 billion riyals ($ 133.34 billion) in airports, seaports, railways and other infrastructure by the end of the decade with the aim of make the kingdom a global transport and logistics hub, its transport minister said. said Monday.

Crown Prince Mohammed bin Salman, who is pushing economic diversification to wean Saudi Arabia off oil revenues and create jobs, announced a transport and logistics campaign last Tuesday, few details of which have been made public.

Transport and Logistics Minister Saleh bin Nasser al-Jasser told an event in Saudi Arabia that the strategy included many megaprojects, with more than 500 billion riyals earmarked for investment.

The strategy is the latest economic policy aimed at putting Riyadh in competition with the United Arab Emirates, the region’s business, trade and tourism hub.

Saudi Arabia plans to increase the number of international air routes from 99 to over 250 and more than triple total annual passenger traffic from 103 million in 2019 to 330 million by 2030, said Abdulaziz Al-Duauilj , head of the aviation authority, at the press conference. same event.

The kingdom’s international network is currently significantly smaller than that of the small neighboring states of the United Arab Emirates and Qatar, both of which are major air transit hubs.

He also said the kingdom aims to become a global air cargo logistics hub, handling 4.5 million tonnes of air cargo per year, up from 900,000 in 2019.

Saudi Arabia earlier announced that a new national carrier would be launched as part of the strategy, which aims to make the kingdom the world’s fifth-largest air passenger transit hub.

Sources close to the project told Reuters that the new airline would target international transit traffic, pitting it directly against Gulf giants Emirates and Qatar Airways.

Other Saudi airlines, such as state-owned Saudia and its low-cost subsidiary flyadeal, primarily operate domestic services and point-to-point flights to and from the country of 35 million people.

Reporting by Marwa Rashad in London and Alexander Cornwell in Dubai; Editing by Catherine Evans and Sonya Hepinstall

Apple employees threaten to leave if forced to return to office