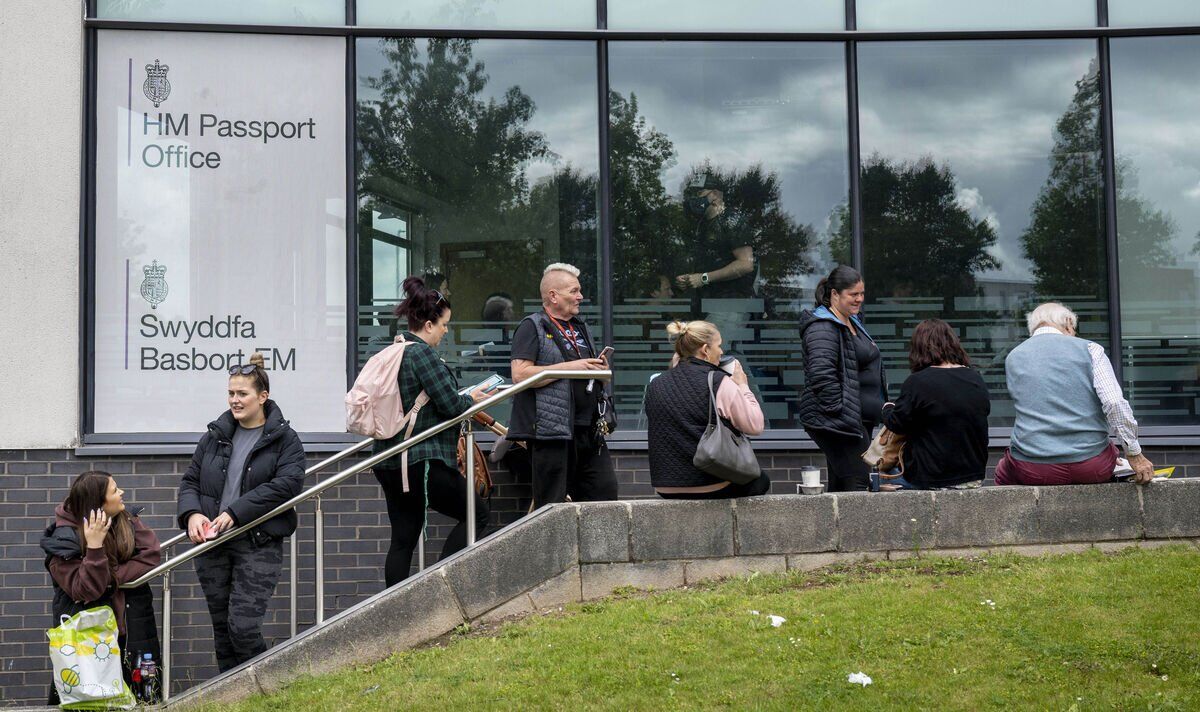 New analysis shows Passport Office staff reduction plans would mean up to 45,000 fewer passports processed each week. The government agency has around 700,000 outstanding claims – and the chaos has already forced the cancellation of family holidays. Earlier this month, the government said it wanted to cut around 91,000 jobs, or a fifth of civil service jobs.

A 20% reduction in staff resources at the passport office could mean up to 8,695 fewer passports processed each working day, or 43,475 fewer per week, according to an analysis of passport volumes processed by existing staff members in March.

British travelers already face waiting times of up to 10 weeks to get their passports.

The findings will add to the woes of Britons hoping to get away this summer.

Holidaymakers are facing travel hell this week with thousands of canceled flights.

There is also the threat of widespread rail strikes from next month, with unions threatening to bring the country to a standstill.

Although the passport office has put in place temporary cover to deal with the backlog, shadow home secretary Yvette Cooper said the situation could get worse for many families.

“Families are already facing long delays and risk losing hard-earned holidays, due to chaos and delays from the Home Office and failure to schedule passports,” she said.

“They shouldn’t escalate the situation in the midst of a passport crisis.

“Rather, we need good long-term service planning. Priti Patel’s Home Office is already effectively in special measures. They need to pull themselves together. »

Boris Johnson has pledged to ‘privatize the a—‘ of the Passport Office if the 10-week wait to receive vital documents is not reduced in time for the summer.

More than 40,000 people a day have applied for the week-long expedited service after around five million people delayed their passport renewals during the pandemic.

It overwhelmed the service and threatened the travel plans of tens of thousands of travellers.

The Home Secretary told MPs last week that around 3,000 of the 250,000 applications processed each week were taking more than 10 weeks to process.

Mr Pursglove said the 10-week target was “not guaranteed”.

However, he insisted that 700 additional staff will have been recruited ‘by the summer’ to help – and 90% of applications were processed within six weeks. The passport office said staff were “working tirelessly” to meet the demand.

They said nearly two million passports were processed in March and April and the “majority” continued to be completed well within 10 weeks.