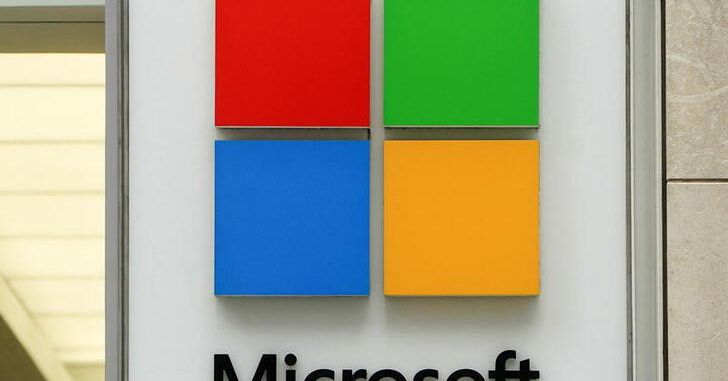 OAKLAND, Calif., March 30 (Reuters) – Microsoft Corp (MSFT.O) Chairman Brad Smith wrote to the Ukrainian leader this month with a clear message: despite calls from kyiv to sever all ties with the Russia, the US software giant would continue to do business in the country with unsanctioned customers, including schools and hospitals.

“Depriving these institutions of software updates and services could endanger the health and safety of innocent civilians, including children and the elderly,” Smith said in the unpublished March 14 letter, seen by Reuters. .

Smith told President Volodymyr Zelenskiy that Microsoft was “aware of the moral responsibility” to protect civilians. However, he said the company was discussing with the US, UK and EU governments whether to ‘stop all ongoing service and support’ in Russia and would act ‘in accordance with their sanctions and other economic objectives’. .

Asked about the exchange, spokespersons for Microsoft and Ukraine said a constructive dialogue was underway on actions to support the country.

The decision of some major Western business technology manufacturers – including Microsoft, German software multinational SAP SE (SAPG.DE) and US giant International Business Machines Corp (IBM.N) – to maintain operations or staff in Russia despite calls from Ukraine angered their workers. in many countries.

Small groups of employees at Microsoft, SAP and IBM have called on management to withdraw completely from Russia following its invasion of Ukraine, according to comments seen by Reuters on internal chat rooms and interviews with 18 workers familiar with the companies, who sought anonymity because they were not authorized to speak publicly.

Employees – echoing Ukrainian officials – have urged companies to go beyond ending new sales and dropping sanctioned customers in order to increase economic pressure on Moscow. They want their companies to suspend every transaction in Russia, including for software customers can use to track sales, supply chains and labor.

SAP told Reuters it was complying with and exceeding the government’s actions, and would “welcome further sanctions currently under discussion”.

SAP responded to Ukraine’s demands to cut all ties with Russia with a previously undisclosed letter this month to President Zelenskiy – reviewed in part by Reuters – saying it supported essential Russian services, including ” hospitals, civilian infrastructure and food supply chains”.

The three companies have not ruled out a further decline. But for now, their employees in Russia are paid and have access to workplace tools, colleagues said. Local phone numbers are active for all three, Reuters found.

Asked about demands made on Western tech companies by their own workers and the Ukrainian government to leave Russia, a Kremlin spokesman said “some companies are leaving, others are staying. New ones will come in their place.”

The spokesperson noted that companies have legal obligations to employees that must be fulfilled, such as paying wages.

Russian prosecutors have warned some Western companies that their staff could be arrested if production of essential goods is stopped, according to media reports. learn more The Wall Street Journal named IBM as a Wise Person.

The Kremlin spokesman denied reports of pressure being exerted on companies by prosecutors: “The part about the arrests is a lie.”

Ukrainian Deputy Prime Minister Mykhailo Fedorov, a leading campaigner for a digital blockade, said Russia is already feeling the impact of the exit of some tech companies, such as developers of digital payment tools and mobile devices. Web development. But he is pushing for a full departure.

“We will keep trying until these companies have made the decision to leave Russia,” he said.

Fedorov’s team told Reuters last week that a “large number” of Russian organizations have contracts for SAP software, including major banking and energy companies. Reuters could not independently confirm SAP’s customers in Russia, and SAP said it was in full compliance with the sanctions.

Russia’s Ministry of Digital Development, Communications and Mass Media did not respond to requests for comment on the impact of Western tech company departures, or the extent of SAP’s footprint in the country.

Reflecting the Ukrainian government’s message, SAP’s five vendors for Ukraine told regional officials in a March 18 call that the company must end support for remaining Russian customers, according to a person familiar with the discussion.

Fedorov said in a tweet on Friday, citing a conversation with SAP chief executive Christian Klein, that the company would “phase out support” for products in Russia. A day earlier, SAP announced it was closing its Russian cloud business, which two sources described as a small operation.

In a March 23 letter sent to customers in Russia, reviewed by Reuters, SAP asked cloud customers to indicate whether their data in the Russian cloud should be deleted, returned or moved out of the country.

SAP confirmed the contents of the letter and said Fedorov and Klein had spoken. He declined to comment further.

At IBM, hundreds of workers criticized the company’s response to the Russian invasion, three people with knowledge of the internal messages said.

CEO Arvind Krishna in a March 2 call with employees had taken no side in the war, one of the sources said. In a now public message to workers the previous day, IBM had referred to what it described as the “deteriorating situation involving Ukraine and Russia”.

A comment on an internal discussion forum, seen by Reuters, urged the CEO to read a book about IBM’s work during the Holocaust describing how the company designed punch card machines that Nazi Germany used to hunt down Jews: “Think carefully and do the right thing – pull IBM and IBMer in Russia out of Russia,” the employee wrote.

Responding to the outcry, Krishna announced in a March 3 message a suspension of sales to Russia and condemned “the Russian war in Ukraine”. On March 7, he went further, saying that IBM had suspended “all business” in Russia – without further details.

An IBM spokesperson told Reuters on March 24 that the suspension of operations meant the company was no longer providing “goods, parts, software, services, consulting and technology” anywhere in the world. to Russian customers.

Some workers told Reuters they had not joined calls for full exits due to doubts about the harm to civilians and the strength of the impact that companies’ withdrawal from Russia would have.

For example, on February 24, the United States sanctioned Russian Railways, a state-owned company operating passenger and freight trains. That day, IBM placed the company on its “denied parties list” and halted technical support, according to a March 5 letter from IBM to Ukrainian Minister Fedorov seen by Reuters.

But a person familiar with Russian railway operations said she could operate for years without help.

SAP also told Reuters that because some customers have installed its software on their machines, they can continue to use it regardless of the company’s decision not to provide support.