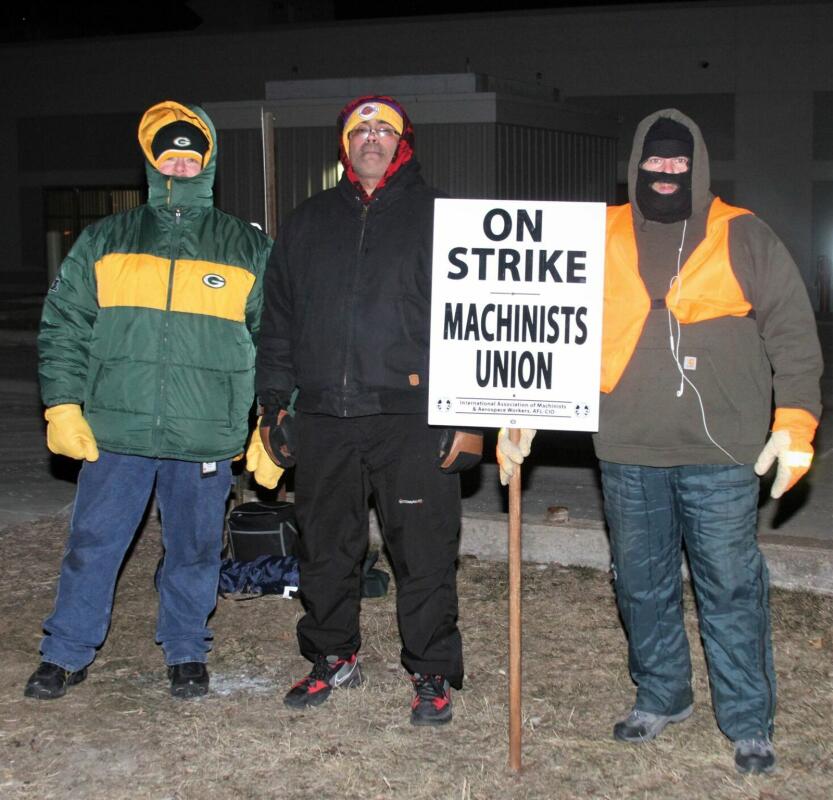 About 365 members of Local 388 of the International Association of Machinists and Aerospace Workers went on strike at Eaton-Cobham Mission Systems in Davenport. (Tom Geyer/Quad-City Times)

About 365 unionized workers at Eaton-Cobham Mission Systems in Davenport went on strike at 12:01 a.m. Friday after those workers voted not to ratify the company’s contract offer.

The five-year contract the union had signed with Cobham expired at midnight.

In addition to salary and insurance issues, Herrig said there were a number of things that led employees to turn down the offered three-year contract.

“Members feel there was a substantial amount of takeout and not enough earnings to make up the difference,” Herrig said. “No one is in business to do worse.”

Eaton, a multinational energy management company headquartered in Dublin, Ireland, announced on June 1, 2021 that it had completed its purchase of Cobham Mission Systems, described as a leading manufacturer of energy management systems. in-flight refueling, environmental and actuation systems, primarily for defense markets.

Eaton bought Cobham for $2.83 billion, including $130 in tax benefits.

Cobham employs around 2,000 people and has manufacturing facilities in the US and UK.

This is the second major strike by a company in the Quad-Cities in three months. Deere and Co. workers represented by the International Union, United Automobile, Aerospace, and Agricultural Implement Workers of America were on strike from October 14 until November 17, when a new contract was ratified.

This strike affected 10,100 Deere employees in Iowa, Illinois and Kansas.

Economic impact of pandemic easing, but aftershocks may linger