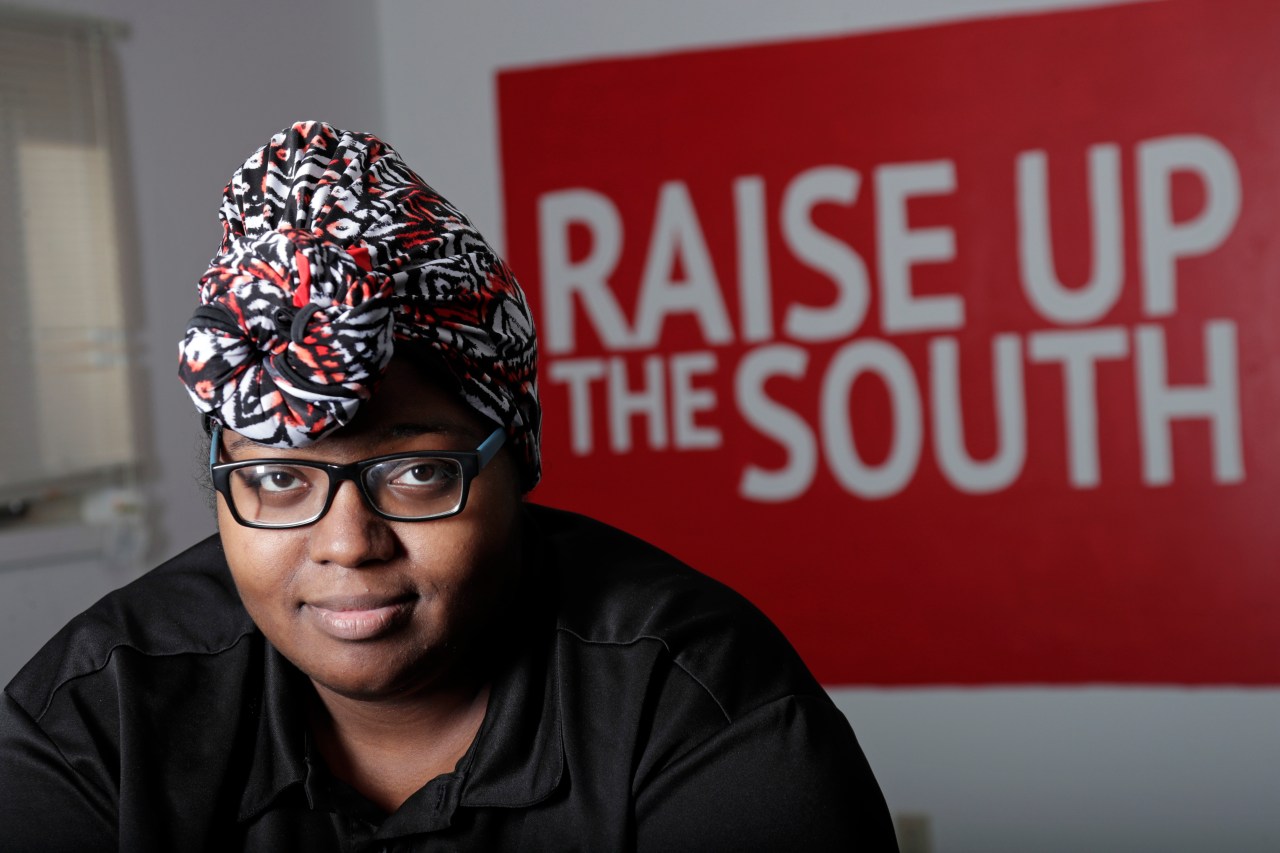 Young workers give hope to unions

(AP) — After decades of decline, American unions have a new cause for hope: young workers.

Workers in their 20s, and even in their teens, are leading ongoing efforts to organize businesses large and small, from Starbucks and REI to local cannabis dispensaries. The Alphabet Workers Union, formed last year and which now represents 800 Google employees, is led by five people under the age of 35.

Several polls show that union approval is high and growing among younger workers. And union membership levels in the United States are increasing even for workers aged 25 to 34, even as they decline among other age groups.

Between 2019 and 2021, the overall percentage of unionized members in the United States has remained stable. But the percentage of workers ages 25 to 34 who are unionized rose from 8.8% to 9.4%, or about 68,000 workers, according to the Federal Bureau of Labor Statistics.

Young workers say they see unions as the best way to tackle unequal pay and poor working conditions. For some, personal heroes like Vermont Senator Bernie Sanders, an outspoken labor advocate, piqued their interest in unions. Others say the coronavirus pandemic has caused them to rethink what they deserve from their jobs.

When a union organizer first approached Alvarez in 2014, she was skeptical of his goal of raising her salary to $15 an hour. At the time, she was making $8.50 an hour and hadn’t gotten a raise in three years.

But she got involved with the Fight for $15 task force, organizing protests and learning about her rights. McDonald’s employees are still not unionized, but she says her managers are more respectful and have ended illegal practices, such as requiring employees to reimburse the restaurant if they accidentally accept counterfeit money. She now earns $16.70 an hour.

Like many of his peers, Alvarez did not grow up in a union home. Union membership in the United States peaked in 1954, when 35% of workers belonged to unions. Last year, that figure had fallen to 10.3%.

Part of this decline is due to declining membership in sectors with high unionization rates, such as the automotive industry. But states and courts have also regularly curtailed the power of unions.

From campus to Congress, colleges urged to end legacy revival

Twenty-seven states now have “right to work” laws, which prohibit a company and a union from signing a contract requiring workers to pay dues to the union that represents them. And last year, the U.S. Supreme Court struck down a 1975 California rule that allowed union organizers to meet farm workers on company property.

Against this backdrop, unions saw some of their biggest increases last year among young workers in utilities, the film industry and the federal government, said Hayley Brown, research associate at the Center for Economic and Policy. Research, a nonpartisan think tank.

Brown said there are signs that those numbers will continue to rise this year under the pro-worker Biden administration, which released proposals this month to increase unionization rates for workers and underemployed workers. federal contractors. In January, 170 petitions were filed for union elections with the National Labor Relations Council; that was more than double the 83 filed in January 2021.

After two Starbucks stores in Buffalo, New York, voted to unionize late last year, workers at more than 70 Starbucks stores in 21 states called on the NLRB to hold their own union elections, according to Workers United, the union organizing the effort.

Joseph Thompson, a college student and part-time employee of Starbucks, who uses the pronouns they/them, is trying to unionize their store in Santa Cruz, California. Thompson, 18, had never heard of “collective bargaining” until a few months ago, but was inspired by fellow Buffalos and progressive politicians like Sanders. Thompson says their store is often understaffed despite security concerns.

Derrick Pointer, a power lineman in Talladega, Alabama, wasn’t convinced he should join the International Brotherhood of Electrical Workers when he started working for Halliburton Co. in 2015. During a previous job in catering, its union representatives were not responsive. , he said.

But he joined to take advantage of the formation of the union. Pointer now earns $42.30 an hour and has generous benefits, including COVID sick leave. The $60 he pays in union dues each month is worth it, Pointer said.

Sheree Allen hoped for such benefits when she joined foodservice company Chartwells last August. Chartwells says it offers health care, paid time off and a 401(k) plan to its employees, but Allen says she never received information about those benefits despite her superiors’ request. When she tested positive for COVID in January, she had to stay home without pay.

Allen, who lives in Durham, North Carolina, began attending Fight for $15 meetings with his sister. Now she is trying to convince her colleagues to organize.

“You have rights, you have a say, you don’t have to put up with whatever your manager tells you,” Allen said.

For young workers, unions no longer have the communist associations that plagued them 40 years ago, said Anibel Ferus-Comelo, who heads the social studies department at the University of California, Berkeley. Young people lived through the 2009 Great Recession and the pandemic, and economic insecurity is a very real fear, she said.

Many young people are also discovering what veterans already know: forming a union can be difficult. Even when workers vote to unionize, it can take years for companies and unions to conclude a contract.

“One of our organizers always says, ‘It’s not a sprint. It’s a marathon. It takes a lot of time and a lot of energy,” said 19-year-old Sylvia Soukup, who helped win a union election at Half Price Books in Roseville, Minnesota, in December.

Soukup said workers at his site and three others had not yet heard of the start of contract negotiations. Still, she hopes a contract will ensure better staffing and decent wages. Salaries for booksellers are currently capped at $14 an hour, she said.

“I feel like all the frustration, all the energy I used, all the anger and pain…was totally worth it,” Soukup said. “I know we are taking the necessary steps to ensure our voices are heard.”